Summary of FCFA’s research on climate change in Tanzania

FCFA’s research in Tanzania was carried out by UMFULA. UMFULA looks at central and southern Africa, with case studies in Malawi and Tanzania focusing on managing water with increasing demands for agricultural production and hydropower (the so-called water–energy–food nexus) under a changing climate. 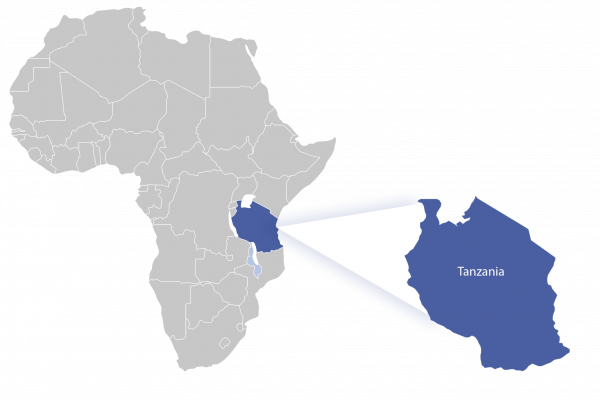 WHAT IS THE DECISION-MAKING UNDER UNCERTAINTY APPROACH?

New scientific insights into the region’s climate advance our understanding of drivers of variability and inform how much confidence we can place in the model projections of future climate. However, expecting that climate models will be able to generate projections with much higher confidence, as well as waiting for such outputs, is not the best approach for Tanzania, particularly in cases where major decisions are being made now about infrastructure with long lifetimes.

Instead, to make adaptive decisions that reduce climate risk in Tanzania, we can investigate the implications of a range of potential outcomes. This allows decision-makers to determine priorities (which could be minimising losses, or maximising potential gains, for example) while factoring in the uncertainties about future climate projections.

Development plans being made in Tanzania (but also elsewhere in the SADC region) comprise critical trade-offs between major investment decisions in irrigation, hydropower and agricultural intensification and the impacts on ecosystem services in the affected areas, among other considerations.

The Rufiji produces half of Tanzania’s river flow, supplying water for more than 4.5 million people, irrigation, and livestock, and generating roughly 80% of the country’s hydropower. The basin also includes several major wetland systems and areas of high conservation value, including formally protected areas, such as National Parks.

Major intensified socio-economic development over the next two decades is being planned as part of the Southern Agricultural Growth Corridor of Tanzania (SAGCOT) and the country has committed to produce more hydropower, in particular via the Rufiji Hydropower Project at Stiegler’s Gorge, near the Rufiji Delta.

UMFULA have regionalised a well-known global hydrological crop model. Running the model under future climate projections based on the RCP 8.5 scenario (the IPCC scenario with the highest emissions) for the period 2021–2050 shows a range of impacts on river flows in the Rufiji Basin, stretching from much higher flows to substantially lower flows, a situation similar to that found in Malawi. Therefore, UMFULA are implementing robust decision-making approaches that involve many options for combinations of new dams (and their operating rules), and new/expanded irrigation areas. The aim is to provide an evidence base for making decisions regarding trade-offs in water use.

IDENTIFYING TRADE-OFFS FOR WATER BETWEEN AGRICULTURE, HYDROPOWER, AND ENIRONMENTAL FLOWS

An understanding of the consequences of alternative development and management options based on up-to-date evidence is vital – not only in terms of the decision to build infrastructure, but also on its design and operational management. The results show that well managed, adaptive dam operational rules will be needed to deal with variable reservoir inflows – under conditions of climate variability and climate change in Tanzania at a range of timescales.

There are also socially differentiated implications of such decisions. For example, while irrigation may benefit the large scale and aggregate production levels, it will often affect water availability for small-scale farmers whose scale of operation means developing proper irrigation infrastructure is rarely an option. This was found to be particularly the case for those farmers working in the tea and sugarcane industries, two key sectors important for both the economy and livelihoods in Tanzania.

UNDERSTANDING THE CONTEXT OF DECISION-MAKING AROUND CLIMATE CHANGE IN TANZANIA

UMFULA produced key insights into whether and how climate information can be used to inform cross-sectoral decision-making in Tanzania: