Summary of FCFA’s research on climate change in Rwanda

FCFA’s work in Rwanda was carried out by the Coordination, Capacity Development and Knowledge Exchange (CCKE) unit of FCFA. The activities focused on integrating climate information into the design of projects for the Rwanda Green Fund (known as FONERWA). 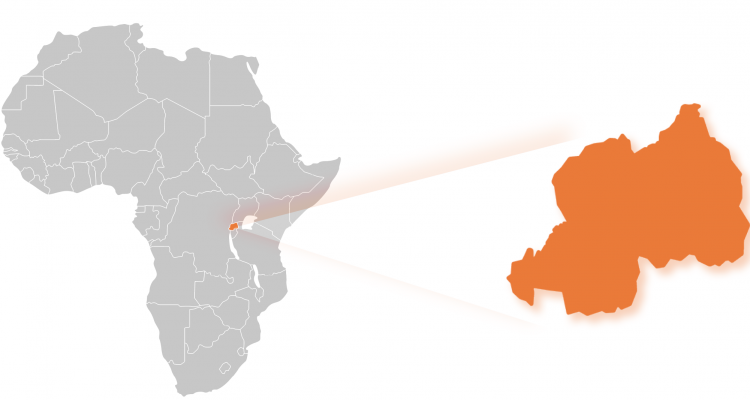 The work in Rwanda is centred on developing the capacity of the FONERWA (Rwanda’s green fund) project appraisal team to screen project proposals. This would include a stronger review of applications for climate risks, and provide FONERWA with a reference base for project developers so that climate information is better understood and incorporated into project design and implementation.

The first output was a generalised climate change fact sheet, as requested by FONERWA, to start the conversation around climate change and risks in Rwanda amongst the FONERWA team and project developers. The fact sheet was presented to representatives from FONERWA and Rwanda Meteorology Agency during a workshop. Following limited engagement with climate information from the fact sheet and in the workshop, it became apparent that the real need is for climate impact information that can be communicated with the project developers.

This led to the development of a risk-screening tool (focusing on agriculture) that provides relevant information on climate change in Rwanda for project developers and a reference base for critiquing proposals for FONERWA staff and reviewers. A second more informal workshop, where the risk screening tool was presented, was more effective in communicating the content as many of the participants were able to use the tool to better understand and relate to climate impacts in Rwanda, as a result, many believed the workshop was more interesting and valuable.

Following the second workshop, direct engagement in the FONERWA Proposal Development Workshop (PD Clinic) proved beneficial in highlighting risks and the relevance of climate information. This resulted in an increase of project proposals which had incorporated climate elements in some form.

This was likely attributed to the emergence of local champions within FONERWA who prioritised suggestions to include climate risks in proposals. After the engagement produced tangible outcomes, Meteo Rwanda (Rwanda Meteorological Agency) informally requested to be involved in the following training workshop and PD Clinic.

MAINSTREAMING CLIMATE INFORMATION INTO TEA AND COFFEE SECTORS OF RWANDA

During the scoping phase of FCFA, the Global Climate Adaptation Partnership (GCAP) was commissioned to carry out a pilot study in Rwanda to examine the use of climate information to achieve long-term development goals.

Part of this Rwanda pilot study focused on mainstreaming climate change in Rwanda and within the country’s tea and coffee sectors. These sectors were chosen as case studies due to their importance in the economy and their vulnerability to climate variability. The study identified three building blocks to address the challenges of adaptation such as uncertainty. These include: