Summary of FCFA’s research on climate change in Mozambique

FCFA’s research in Mozambique was conducted in the capital city, Maputo, by FRACTAL and led by researchers from Eduardo Mondlane University. FRACTAL aims to explore the decision-making process in southern African cities, and to support how cities respond to the effects of climate change and the pressures of rapid social, economic, and environmental change. 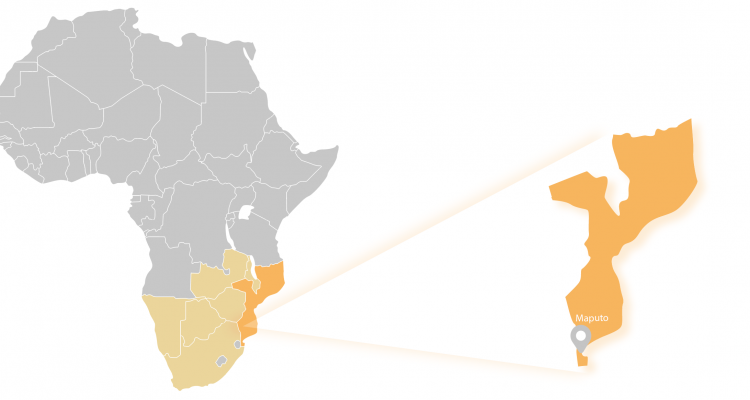 APPROACHES USED BY FCFA FOR CLIMATE RESEARCH IN MOZAMBIQUE

The Embedded Researcher approach was adopted by FRACTAL to bridge the science-policy divide (most notably for climate science). An official from the city government of Maputo was appointed in a research and research coordination role for the duration of the project. The aim of this approach was to co-explore and co-produce knowledge, create and sustain learning opportunities to integrate climate information into cities, strengthen urban governance networks, and share lessons between African cities and beyond.

In Maputo, the FRACTAL team implemented city learning processes through four FRACTAL learning labs. The learning process proved to be much slower to initiate in Maputo compared to other FRACTAL cities. Several factors contributed to these delays, including bureaucratic procedures and the need for all engagements and products to be translated into Portuguese. During the first learning lab in March 2017, stakeholders identified challenges facing the city, prioritised research questions, and agreed upon FRACTAL’s role in the research process. The City learning revealed that information on the impacts of climate change in Mozambique on water supply was already available but was not being used by the City.

FRACTAL identified some potential reasons why climate information was not being used by Maputo Municipality (and other relevant stakeholders) for planning. These included: the information existed in institutional silos, and there were few processes to coordinate and contextualise information for decision-makers and technicians. Based on feedback from representatives, it was clear that the City of Maputo required more coordination and information sharing across the municipality to put information into use, which the FRACTAL learning processes aimed to facilitate.

Subsequent learning labs allowed stakeholders to explore water issues in the city while also establishing new interpersonal connections and networks. The city learning process in Maputo was able to support the development of positive relationships in the city, and was effective in getting a range of stakeholders to engage in solving issues around water. It led to the co-production of an online tool for estimating risks of vector and water-borne diseases in the city, through FRACTAL’s Small Opportunity Grants.

2) warmer with no changes in rainfall, and

Interestingly, the participants of the labs expressed a dislike for the negative and critical framing of CRNs while this framing had worked well in Lusaka and Windhoek. At a water-specific dialogue, Water Risk Narratives were developed to explore the issue in more depth and to consider entry points for information on the impacts of climate change in Mozambique, which proved challenging. The three horizons approach was used to unpack water issues in the (1) present day situation, (2) transition phase, and (3) future or goal scenario.

Both processes furthered understanding of water supply governance and the environmental and engineering aspects to support a mutual understanding of the water system relevant to Maputo. Development trajectories (such as population growth) were identified as key constraints to water supply, which is similar to lessons learned in all FRACTAL cities.

The concept of receptivity was developed by FRACTAL team members through their participation in the learning labs of Maputo. The development and application of the concept was specifically intended as an alternative to seeking entry points for climate information among stakeholder’s participation in co-production processes.

The city learning process and the appointment of an Embedded Researcher enhanced receptivity in Maputo. The Embedded Researcher played a critical role in deepening understanding and engagement between the research and decision-making communities in Maputo, thereby building the receptivity of the City to information around climate change in Mozambique.