Deep Convection over Africa: annual cycle, ENSO, and trends in the hotspots 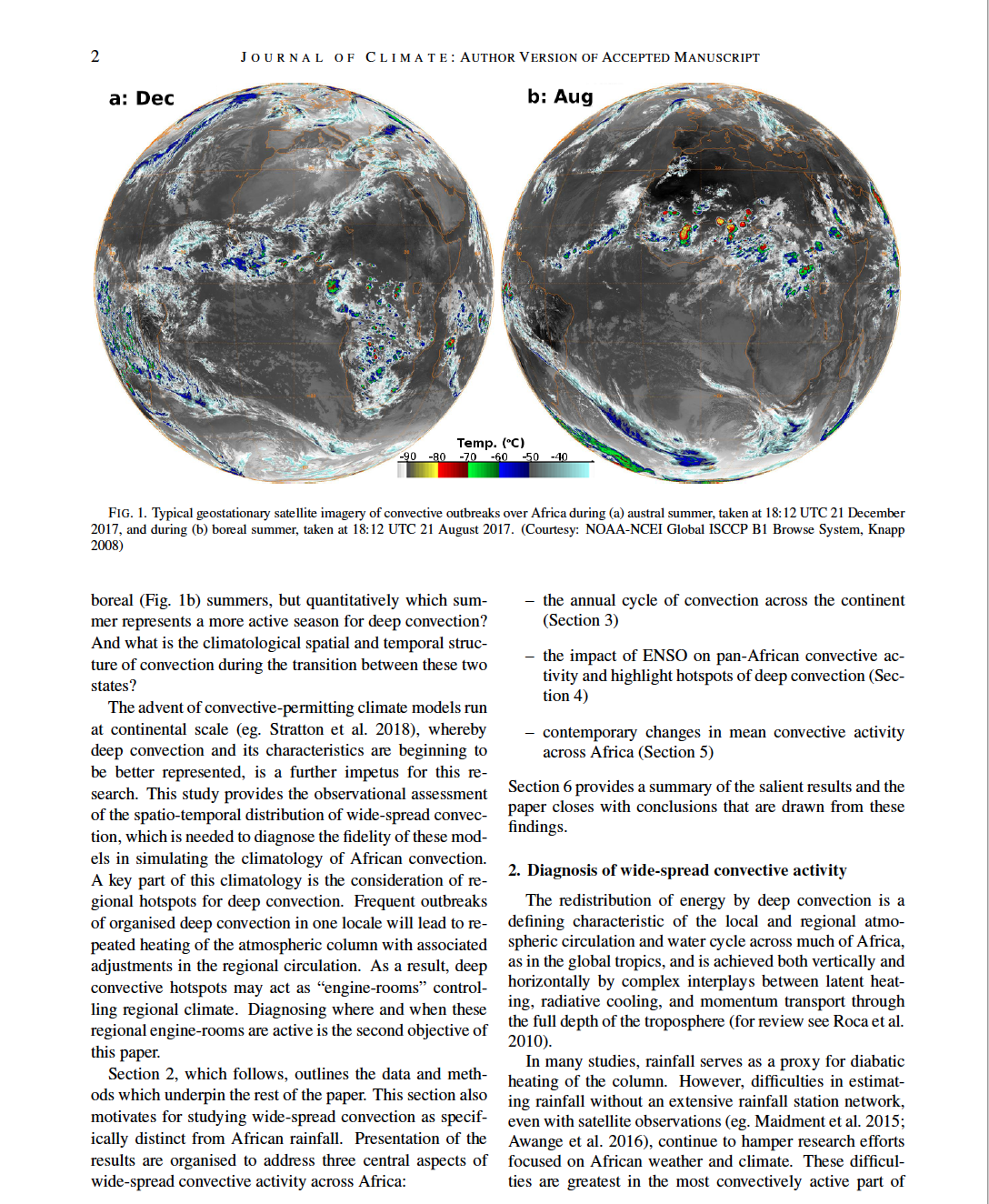 Africa is one of the three key regions of deep convection in the global tropics. There is a wealth of information on the intensity, variability and change of convection and associated rainfall in regions across the continent but almost all of this literature is regionally focused and confined to specific seasons. This fragmented approach precludes a continent-wide view of deep convection leaving the following key issues unanswered: When is deep convection the most wide-spread across Africa? Where on the continent is deep convection most active? Where does wide-spread convection have the most interannual variability? This paper confronts these questions using a satellite-derived integral of deep convection. At the continental scale, March exhibits the most extensive deep convection while the West African monsoon during June-July exhibits the least. El Niño generally suppresses pan-African convective activity while La Niña enhances this activity. These pan-African signals are largely determined by regional hotspots: the eastern Congo hosts the most persistent wide-spread deep convection, southeastern southern Africa displays the highest interannual variability, and regional highlands maintain local convective activity hotspots. Furthermore, pan-African annual mean convective activity has increase ∼10% between 1983 and 2015 with increases of >20% recorded in local hotspots. Results in this study provide a climatological baseline for both observational and model-based studies of African climates and offer insights into when African convection has the greatest potential impact on the general circulation.