Small-scale farmers in sub-Saharan Africa need accessible climate information, such as short-term and seasonal weather forecasts, in order to make important crop and land management decisions. New research from Malawi shows that this information needs to be tailored to farmers’ varying education levels and needs. Women farmers have different needs, compared with their male counterparts, meaning that climate information ideally should be delivered partly through appropriate media formats, and partly aided by skilled agricultural experts.

These are the findings of an interdisciplinary team of scientists doing work in central and southern Africa as part of a four-year initiative geared towards improving climate information for decision-making in the region. 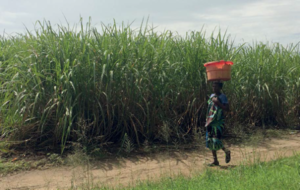 One element of the research, done by UMFULA, the regional team part of Future Climate for Africa (FCFA), was to understand how small-scale farmers get short-term and seasonal weather forecasts, and whether they are able to use the forecasts to inform their farming practices. This becomes particularly important as temperatures in the area are expected to rise in the future, rainfall becomes less predictable, and drought more frequent.

Women farmers are particularly vulnerable in this context, and therefore need climate information that they understand and can use.

Dr Rebecka Henriksson from the Centre for Water Resources Research (CWRR) at the University of KwaZulu-Natal in South Africa, who headed up this element of FCFA’s research, explains that women in the region have lower education levels, and are less literate than men.

This means that women farmers may be less equipped to understand and interpret the forecasts that are available to them through various media outlets, and may need agriculture experts and advisers such as extension officers or development agencies to assist in interpretation. Without this kind of support, they may not be able to integrate the forecast information into their farming practices.

Henriksson and the UMFULA team have been working with small-scale sugar farmers in southern Malawi since 2015 to understand the socio-economic and environmental challenges they face, along with how vulnerable they are to rising temperatures and changing rainfall and drought patterns in the region. Central to this is understanding how reliant they are on short-term and seasonal weather forecasts, how accessible these are for them, and how they integrate this information into their farming decisions.

The UMFULA team interviewed 78 women and 58 men out of the 762 farmers in the Chikwawa region in southern Malawi, a third of whom are women. These farmers are part of a sugarcane growing scheme, where each farmer uses a portion of their land to produce sugar, but also grows other crops such as cotton, cereals, beans, and vegetables.

During the survey process, researchers asked where farmers got their daily and two- to 10-days weather forecasts, as well as seasonal forecasts, and how they used this information to inform their farming activities.

The findings show that farmers use the daily and two- to 10-days forecasts to plan and prepare general agricultural activities, and specifically to inform decisions relating to how they prepare the land and soils, how they buy or prepare seeds, and on whether or not to plant at a specific time.

Both the women and men farmers said they use seasonal forecasts mostly to decide on what crops or seed varieties to plant that season, such as whether to choose drought-tolerant or early-maturing varieties that year. These longer-term forecasts were also central to other decisions relating to land preparation, and general agricultural planning.

‘They also use these forecasts to help decide on whether to extend or reduce the amount of land they have under cultivation each year,’ says Henriksson. 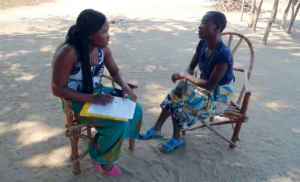 ‘Importantly, we found that while these forecasts are readily available to the farmers, the information is not necessarily accessible,’ explains Henriksson.

The findings also show a distinct difference between women’s ability to access and use this information, compared with men’s, which the researchers put down to levels of education within communities. Malawian society is still patriarchal, resulting in women being disadvantaged with regard to factors such as education, employment, and household responsibilities.

Both men and women mostly use the radio to get weather forecasts, but their preferences differ.

The interaction that women farmers have with the knowledge brokers in the process of receiving forecasts allows for training as well as assistance with interpreting the information.

The take-home message, according to the findings, is that there is a distinct difference between how men farmers access forecasts, compared with women, suggesting that a one-size-fits-all approach to packaging climate information will not meet the needs of these farmers.

Download the paper: Understanding gender differences in availability, accessibility, and use of climate information among smallholder farmers in Malawi.

The work reported on in this story is part of the FCFA’s UMFULA research initiative, a four-year project that aims to improve climate information for decision-making in central and southern Africa, with a particular focus on Tanzania and Malawi.

This article was written by Leonie Joubert as part of a series covering the science produced by various FCFA projects and introduces some of the people behind it.