The lived experience of a flood: What does climate change feel like?

The Lake Victoria basin is feeling the effects of changing global climate patterns, and especially so in Kampala (Uganda) and Kisumu (Kenya). These cities, as with urban areas across East Africa and beyond, have all of the elements of a “perfect storm” – rapid, unplanned development, burgeoning populations and inadequate WASH services. These already stressed and barely functional systems are then experiencing increasingly sporadic, high intensity rainfall, which in the context of an uncertain future climate, makes planning prospective service delivery even more complex and challenging. 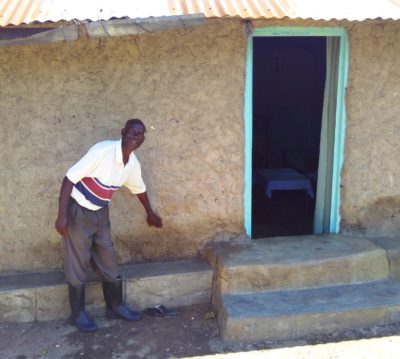 Work done under the HyCRISTAL project explores the impact of climate change on sanitation in East Africa, and is unpicking some of these complexities. Drawing on community workshops conducted during HyCRISTAL fieldwork, this post highlights the everyday lived experiences of flooding in informal (sometimes referred to as “slum”) settlements in Kampala and Kisumu – areas particularly vulnerable to the impacts of climate change. While these impacts are increasingly well documented, the workshops revealed some important insights for WASH practitioners and those working with these communities. The resignation that is felt by those impacted is striking – what meaningful options do communities have to protect themselves and their families from harm? They cannot make interventions at a city or district scale that would alleviate the floods in their areas. This means they can only protect their families and property at a household scale, as and when the inevitable flood events occur.  This mismatch between those affected, and those in a position to tackle the root of the problems is a key challenge to the WASH sector when considering system and service delivery in urban communities vulnerable to the effects of climate change.

During the workshops, we heard stories from people living in lower income areas of Kisumu and Kampala about their lived experience of flooding.  We asked about what happened in their communities and households, before, during and after a flood event.  Prompt questions were given, such as:

This generated some interesting insights going beyond the obvious damage to infrastructure and general disruption.  Water supplies, sanitation systems and hygiene practices are all affected by flood events, both directly and indirectly. The less obvious indirect impacts may be overlooked by WASH practitioners, and some of the insights we gained are shared here to help inform future interventions and practice:

This blog was originally published by University of Leeds.
Menu