The UMFULA team is working closely with development practitioners in the water, agriculture and energy sectors in the Rufiji river basin in Tanzania and at the subnational level in southern Malawi. The annual meeting included participants from both local (Malawi and Tanzania) and international institutions.

Decision-making and planning for the future is an inherently uncertain process. In addition decision-makers have poor knowledge of climate change and how it may affect their choices. There is often a disconnect between the information that decision-makers need and what climate scientists are able to provide. Similarly, high uncertainty associated with climate projections further affects decision-makers ability to make robust decisions. These issues are at the heart of the UMFULA project and drive the work conducted in the Tanzania and Malawi pilot studies. Understanding these issues and identifying the need to address them remained a common theme throughout the meeting.

The event in Cape Town provided a space for open and frank discussions around what has been achieved and what needs to be done in the future. Participants from the various sectors, climate modellers and social scientists, were encouraged to mix and begin to understand each others varying needs. The participants acknowledged that this process is not linear but rather requires constant feedback between the various stakeholders in order to produce appropriate information down the line.

The opening capacity building session aimed at early career researchers (ECR’s), included how to write successful journal publications, project management, fundraising and presenting to non-specialist audiences. The many senior researchers within UMFULA provided a wealth of knowledge along with tried and tested ways of improving the ability to write, design and produce appropriate high quality research projects. .

Reflecting over the past year, the UMFULA team has been successful in establishing a working structure around their work groups (climate science, impacts and decision making, social science). Field trips to Malawi and Tanzania established the pilot studies with local partners (such as Ministry of agriculture/energy/water and the Civil Society Network on Climate Change in Malawi) and several early papers have been published. In line with reflecting on the past achievements, representatives of the various work groups presented on some of the success and challenges over the last year. Collaboration with local partners in both pilot studies is fruitful and the teams appear to be on track to provide promising results in the near future.

Other facets of the UMFULA work included improvements to the climate modeling space, leading to an assessment of model performance in various scenarios and locations. Richard Washington (lead climate scientist on the UMFULA project) described this as, “The idea is not just to critique all of the models, but hopefully contribute something constructive once we know more about how the models work.”

The second day continued the focus on synergies between different work streams in the consortium. In the spirit of collaboration and synergy, the UMFULA team traveled to Monkey Valley Resort, where they joined with the FRACTAL (Future Resilience for African CiTies And Lands) consortium. The aim of this joint session was to provide an opportunity for participants from both teams to meet face to face (many for the first time) and identify synergies between the proposed works. A general consensus followed that there are areas of overlap between the two consortia. The joint meeting made it possible for the necessary exchanges to be made.

The final day of the meeting included a brief summary of the seven work packages, covering the key points from the fundamental sciences to decision making contexts. A common theme of uncertainty emerged, both from scientific and decision maker perspectives. The challenge of tackling uncertainty remains a key focus of the work groups. The face-to-face meeting improved the cohesion of the UMFULA team, which is on track to achieving their goals while pushing the boundaries of science. 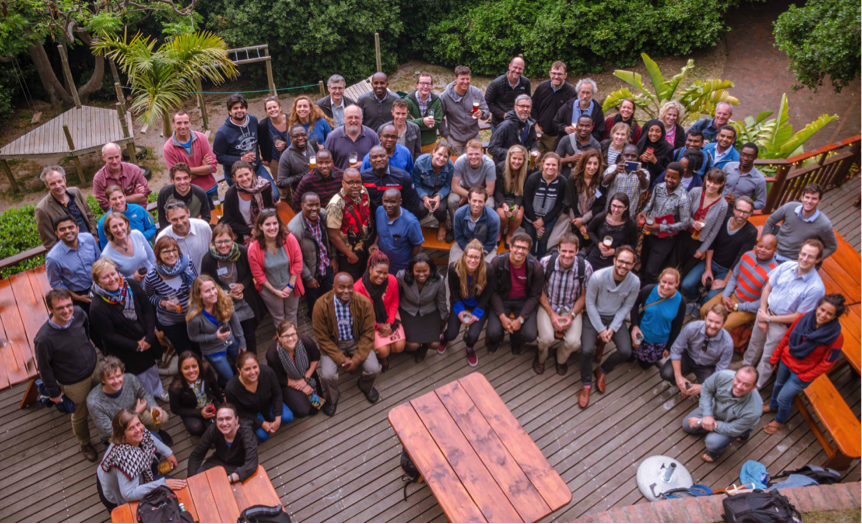