As the research world quickly shifts its meeting processes onto internet platforms to work around the lockdown measures put in place internationally to contain the spread of the coronavirus, the opportunities and limitations of online group processes are becoming ever more apparent. This has implications for climate-related development projects in future.

A recent study amongst a group of climate researchers involved in Future Climate for Africa (FCFA), a four-year South-North collaboration, confirms that expertly-facilitated, face-to-face meetings are still the best way to create inclusive research partnerships.

FCFA set out to use new, inclusive processes to generate climate information that is tailored for the needs of the global South. This brought together scientists and related experts from sub-Saharan Africa, Europe, and the United Kingdom on a number of climate-focused research projects across four geographical regions: East Africa, West Africa, Southern Africa, and urban areas across sub-Saharan Africa.

Starting in 2015, FCFA researchers worked with national and local governments, implementing institutions, researchers, development agencies, and local communities to jointly identify needs, find solutions, and generate useful climate information that developing countries can integrate into their planning in the context of climate change.

‘Collective learning’ was central to how the research collaborations were structured over the four years. These different learning processes allowed all stakeholders, and particularly the Southern researchers, to be involved with identifying what the climate-related research needs were in their areas, and then conceptualise, design, and conduct the appropriate research to fill those gaps.

As FCFA completes its work, it recently canvassed researchers in order to identify which of the various learning processes had been most effective as the initiative aimed to achieve the broader goal of creating new climate information that can help develop a better understanding of the complexity and uncertainty of climate change in South Africa, climate change in Mozambique, and climate change in other African countries. These results have been included in the study A Critical Reflection on Learning from the FCFA Programme.

The objective of FCFA was to depart from the older model of designing development solutions for countries in the global South, where academics often arrive with pre-established solutions to local-level challenges, and where projects are shaped by development and funding agendas in the North.

‘This study shows that the learning processes that researchers saw as having the most impact, were those that involved in-person engagements, and which had expert facilitation,’ explains FCFA research fellow Julio Araujo.

Some of the most positive outcomes of these more inclusive approaches, which Araujo and colleagues note in the study, includes that researchers reported significant improvement in their intellectual knowledge within their respective research areas. They also found that the meeting processes improved relationships and allowed for greater trust and corporation between all stakeholders. The study notes positive ‘normative’ outcomes, such as changes in values or paradigms relating to research.

Half-way through the four-year project, FCFA held a conference in Cape Town, South Africa, in 2017, which proved to be a significant milestone. It was facilitated in such a way that it broke down the traditional hierarchies within academia, allowing early career researchers to participate with equal rank alongside more senior researchers.

One participant at this conference noted that the most effective collective learning process was when the facilitated group interactions allowed ‘engagement across career levels with less focus on hierarchy’.

The study also finds that the manner in which some project group processes were handled had created a ‘sense of belonging’ for all the researchers. From the outset of FCFA’s projects, researchers were asked what their thoughts or options were relating to project design, which created the sense that all voices were relevant and being heard. 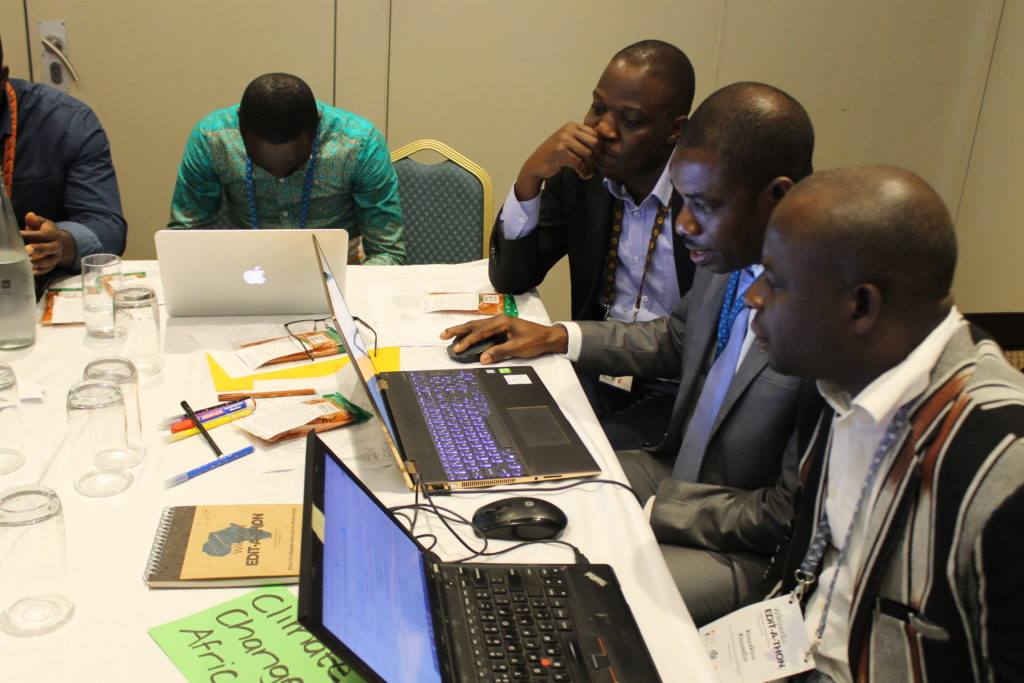 By early 2020, FCFA’s research teams were finalising most of their projects and entering an extension phase, where some key components of their work will continue into 2021. During 2020, participating researchers intended embarking on end-phase information-sharing, training, and meetings with various stakeholders. These engagements should have involved final rounds of in-person processes across sub-Saharan Africa.

The coronavirus pandemic has disrupted some of these plans, however, with restrictions on international and domestic air travel forcing teams to move their meetings and information exchange onto online platforms.

According to Suzanne Carter, from FCFA’s Coordination, Capacity Development and Knowledge Exchange Unit (CCKE), adapting these information-sharing and training processes for online meetings can only happen because of the trust and relationships that have been built up over the past four years.

The take-home lessons that are captured in A Critical Reflection on Learning from the FCFA Programme report confirm that in-person convening is essential in fostering transdisciplinary collaborations and building trust and capacity, says Araujo, and should be taken into consideration when planning similar programmes in a post-coronavirus world.

Download A Critical Reflection on Learning from the FCFA Programme report here.