Parts of Africa are already lightning hotspots, and warming atmospheric conditions linked with rising carbon pollution may drive increased lightning activity during thunderstorm events in certain regions, according to new research from the University of Leeds and the UK Met Office. 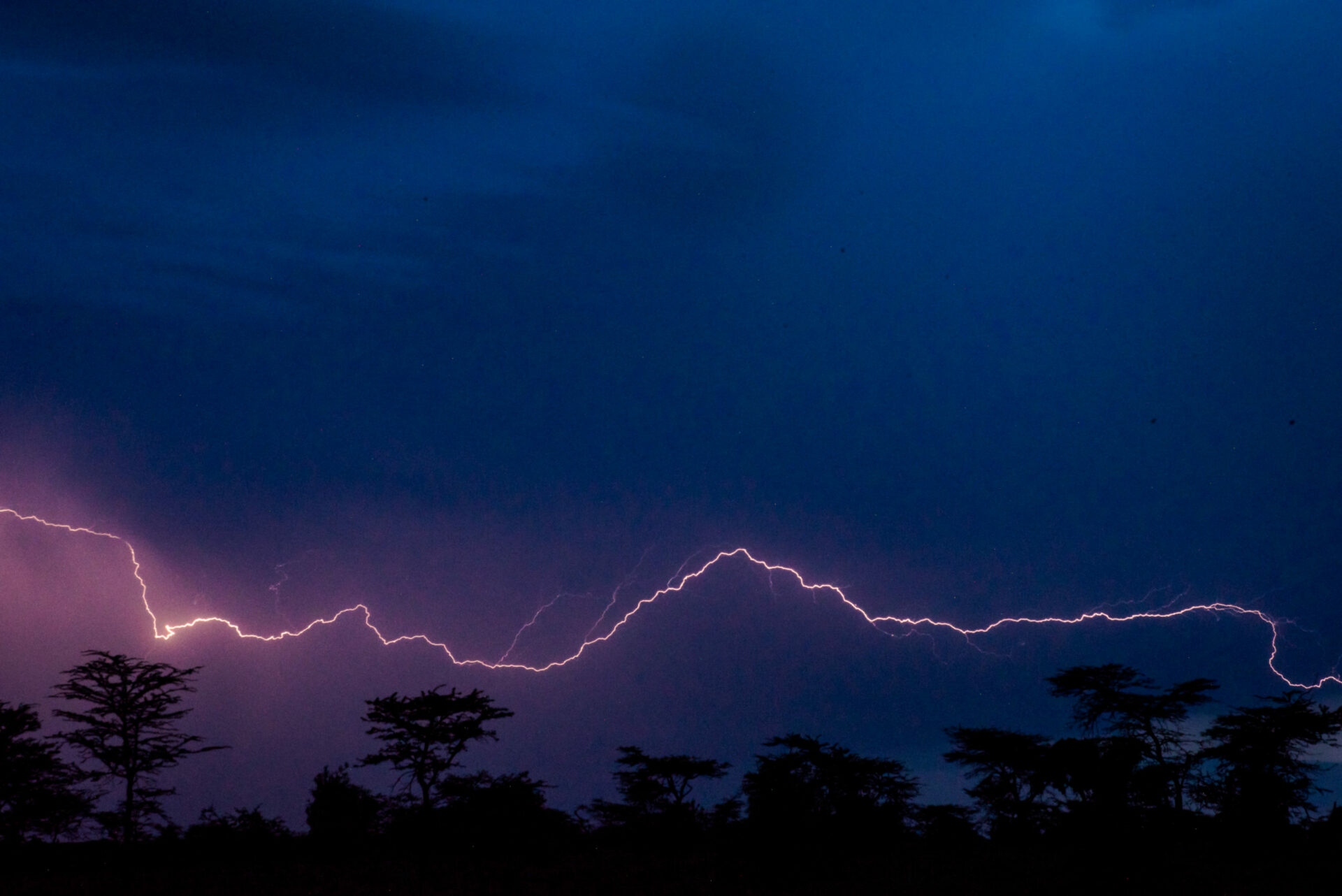 People working outdoors, particularly those in the farming sector, may be at greater risk of lightning strikes. However, this new computer-based lightning modeling, in the context of changing future climatic conditions on the African continent, can help policy makers make more informed planning decisions when it comes to protecting people and property from lightning hazards.

This is according to Dr Declan Finney, a researcher at the Institute for Climate and Atmospheric Science (ICAS) at Leeds University’s School of Earth and Environment. Researchers at ICAS and Met Office, working together through the cross-disciplinary HyCRISTAL team part of Future Climate for Africa, recently ran computer simulations of thunderstorm and lightning activity over Africa, and included in the modeling process what the impact of rising temperatures would be on prevailing conditions in future.

However, Finney says in most of the locations that experience many thunderstorms in today’s conditions, such as in the Congo, the modeling shows that the total number of days in which thunderstorms occur could decrease.

These two aspects of the possible changing character of thunderstorm activity — the decrease in number of thunderstorm days, but the increase in lightning strikes when these storms do occur — will impact people differently. Decision-makers will want to consider this when they think about how to best protect individuals and property in future, according to Finney and team, whose most recent findings were published in the journal Geophysical Research Letters.  Their modeling suggests that regions such as the Sahara, Somalia, Kenya, and south-eastern Africa may see an increase in the total number of lightning flashes in a year, says Finney.

Longer-term planning, rather than early-warning forecasts

This new modeling process does not, at this stage, provide weather services with the kind of short-term forecasting that will allow for early-warning alerts ahead of thunderstorm activity that might have a high risk of dangerous lightning activity.

‘However, these findings do give some confidence that the model being used by the UK Met Office can produce reasonable behaviour of lightning activity across the African continent, as a whole, and on longer timescales,’ says Finney.

This could allow policy makers to consider planning appropriately for vulnerable communities, such as sectors with large numbers of people working in the outdoors. The most vulnerable structures are likely to be those that are built without wiring or plumbing that would otherwise ground lightning during a strike. Areas that are likely to experience high levels of flooding after extreme storm events will also be more at risk of lightning hazards, given the high conductivity of water.

The researchers do note that this work only uses one climate model, and does not explore the full range of large-scale climate change responses.

‘Other modeling processes might vary in the patterns of change they produce relating to thunderstorm activity and lightning strikes,’ Finney says.

HyCRISTAL stands for Integrating Hydro Climate Science into Policy Decisions for Climate Resilient Infrastructure and Livelihoods in East Africa. HyCRISTAL aims to develop a new understanding of climate change in East Africa and to work with the region’s decision-makers to manage water for a more climate-resilient future.