Future Climate for Africa (FCFA) supported BBC Media Action, and the Network of Climate Journalists of the Greater Horn of Africa (NECJOGHA) in a training workshop from 1 – 5 July, in Tanga, Tanzania. It brought together journalists and climate scientists with the aim of creating a two-way knowledge exchange on better communicating climate change in the media.

Generally climate information is passed from the scientific community to the media, with little direct interaction between scientists and journalists. The workshop addressed the need for mutual understanding of the factors shaping popular press and scientific discourses in particular African countries with a focus on Tanzania. The goals of the workshop were to build on the knowledge of journalists on climate information and improve their skills in reporting accurately and responsibly on climate science and climate change impacts. For scientists, it was a chance to improve their engagement with the media, and with general, non-specialist audiences to communicate key scientific messages to particular target audiences in an accessible manner. 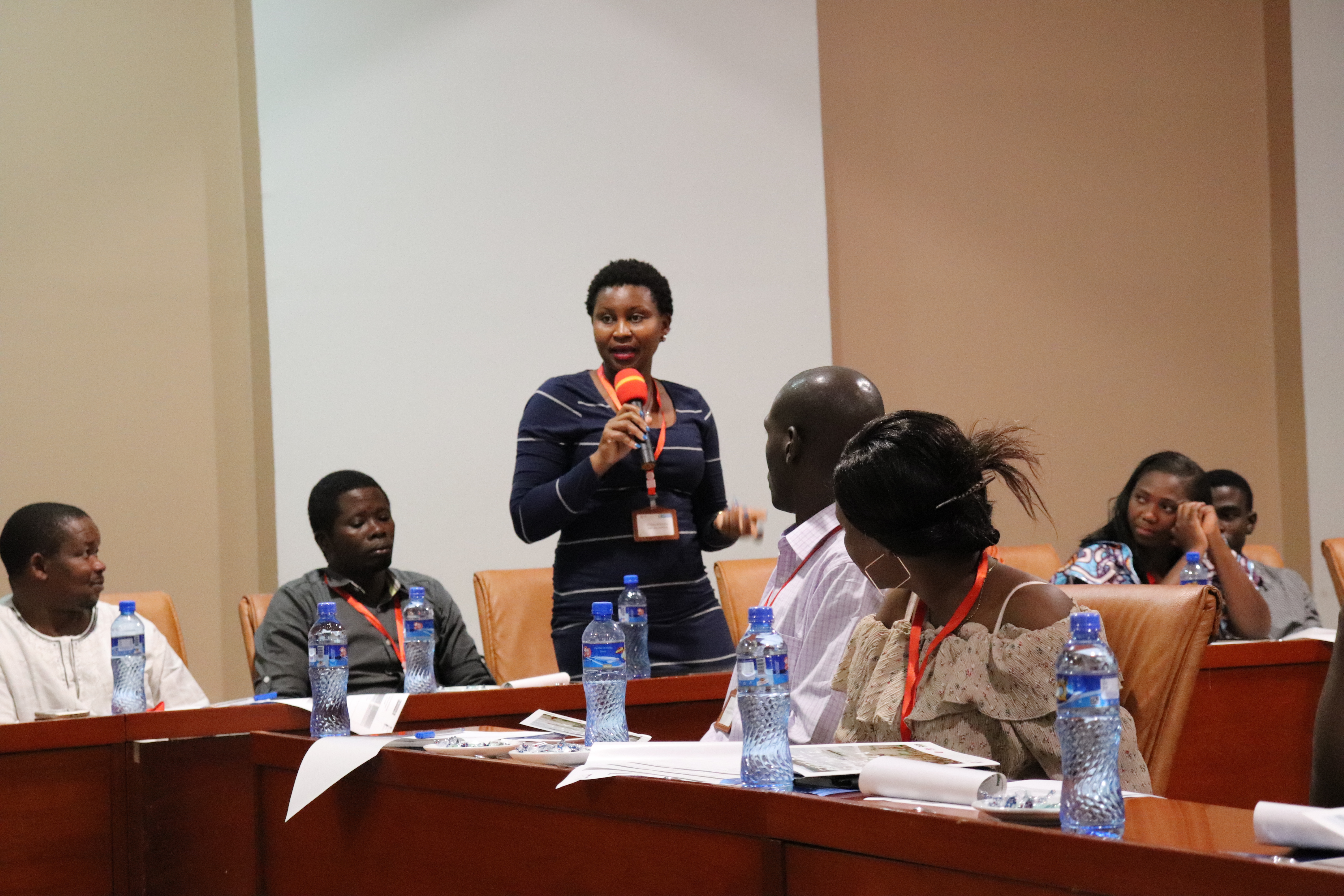 Mr Martin Shigera the Regional Commissioner for Tanga officially opened the workshop, confirming the government of Tanzania’s support and highlighting the importance of climate scientists and journalists exchanging knowledge in dialogues. He emphasised the need to break down the climate jargon to ensure climate information is simplified for general audiences to understand. 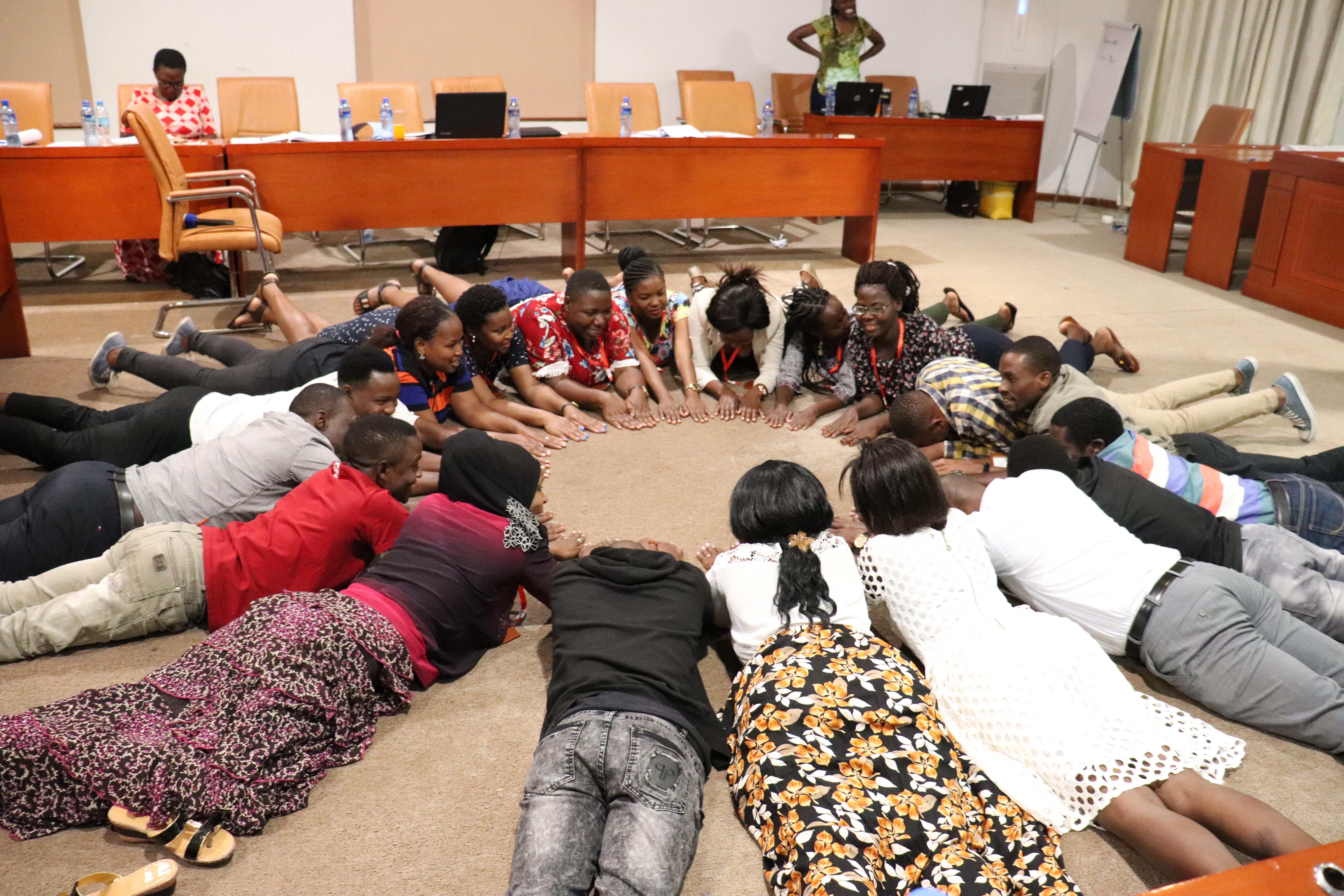 Journalists and scientists in one of the many break-out sessions

Interspersed between the presentations there were a number of group work sessions offering the opportunity for scientists and journalists to work together. The first was led by David Njuguna (Senior Broadcast Mentor, BBC Media Action) who took participants through an exercise on why weather and climate information matters to audiences and offered participants an opportunity to discuss the challenges of audiences misinterpreting the information they share on climate change. Key points highlighted from this exercise by journalists was their lack of understanding of climate science and the linked complex scientific terminologies. Following this, Dr Zablone Owiti (Research Fellow, Future Climate for Africa), provided some clarity for the journalists in a session explaining climate uncertainty, climate models, and other climate change concepts. 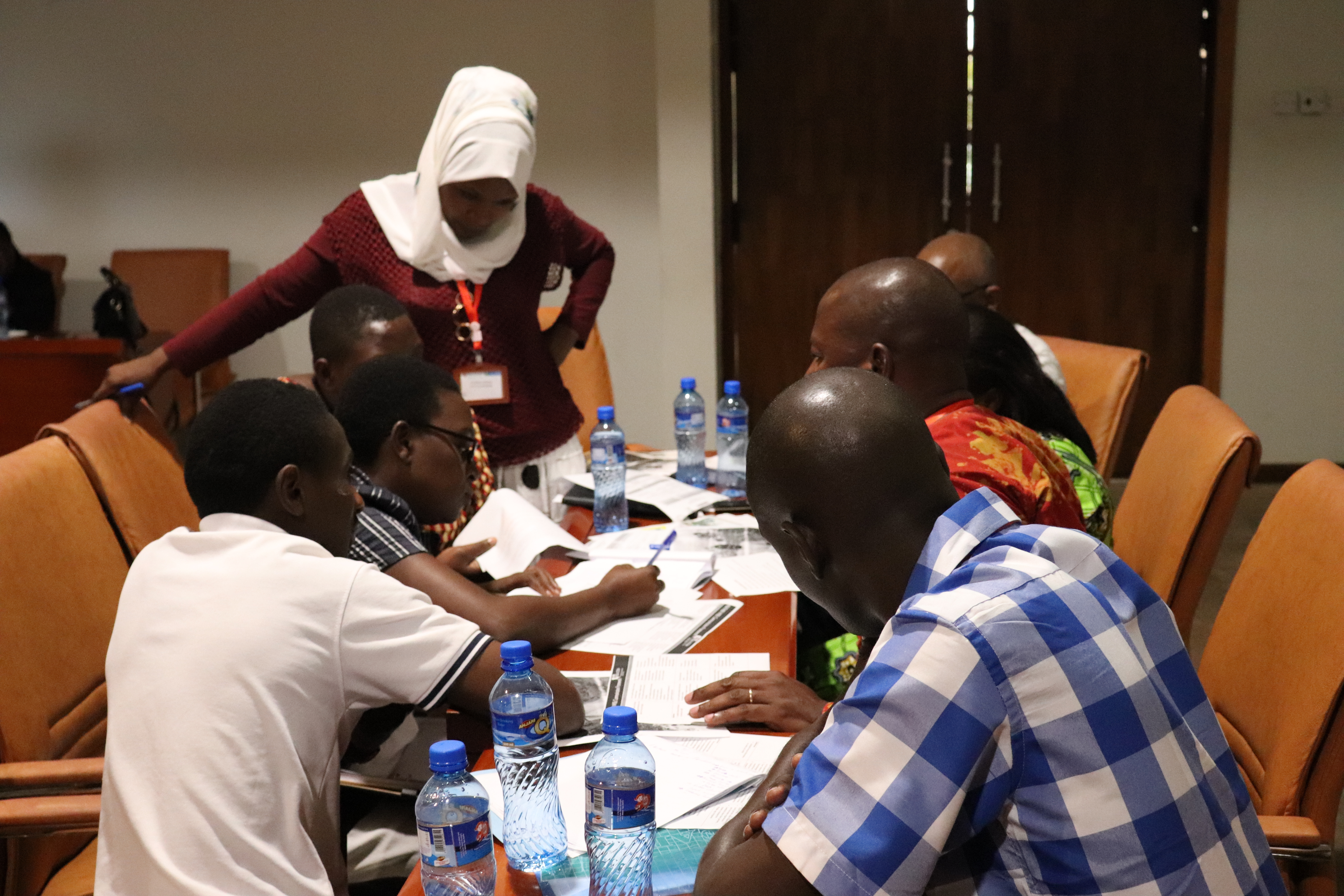 Journalists and scientists work together on a group activity discussing “How can you as a journalist and climate expert help address the barrier of the lack of knowledge of your audience on climate change?”

Declan Finney from FCFA research group HyCRISTAL (Integrating Hydro-climate science into policy decisions for climate-resilient infrastructure and livelihoods in East Africa) gave a virtual presentation on the impacts of climate change on East Africa using climate risk narratives. The journalists and scientists were very receptive to this session and found the narratives extremely useful and recommended the translation of these into Swahili to enable circulation to local institutions. Megan Darby of Climate Home News gave a virtual presentation on international climate reporting and shared the opportunity for journalists present to pitch their stories to Climate Home News for their newly launched African Reporting Programme with FCFA.

A panel discussion facilitated by Pendael Omar (Senior Mentor, BBC Media Action Tanzania) took place where panelists discussed the challenges in communicating weather and climate to different sectors such as fisheries, and agriculture. Monica Mutoni (Public Relations, Tanzania Meteorological Agency) highlighted the various methods and formats they use to share their climate information including television, poetry, and over 50 community radio stations throughout Tanzania.

Constructive debates followed between journalists and scientists. TMA asked that journalists be specific when requesting weather and climate information and journalists noted that scientists need to better communicate their advisories and warnings to the target audience. Diana Njeru (Project Director, BBC Media Action) linked to this, leading a session on the importance of understanding your audiences in communicating climate change. Participants were given the opportunity to profile particular user groups such as fishers, pastoralists, and farmers. Patrick Luganda (Executive Director, NECJOGHA) further added to this by providing an overview on his experience on climate reporting, the role of the media and how to become better journalists in climate change reporting. 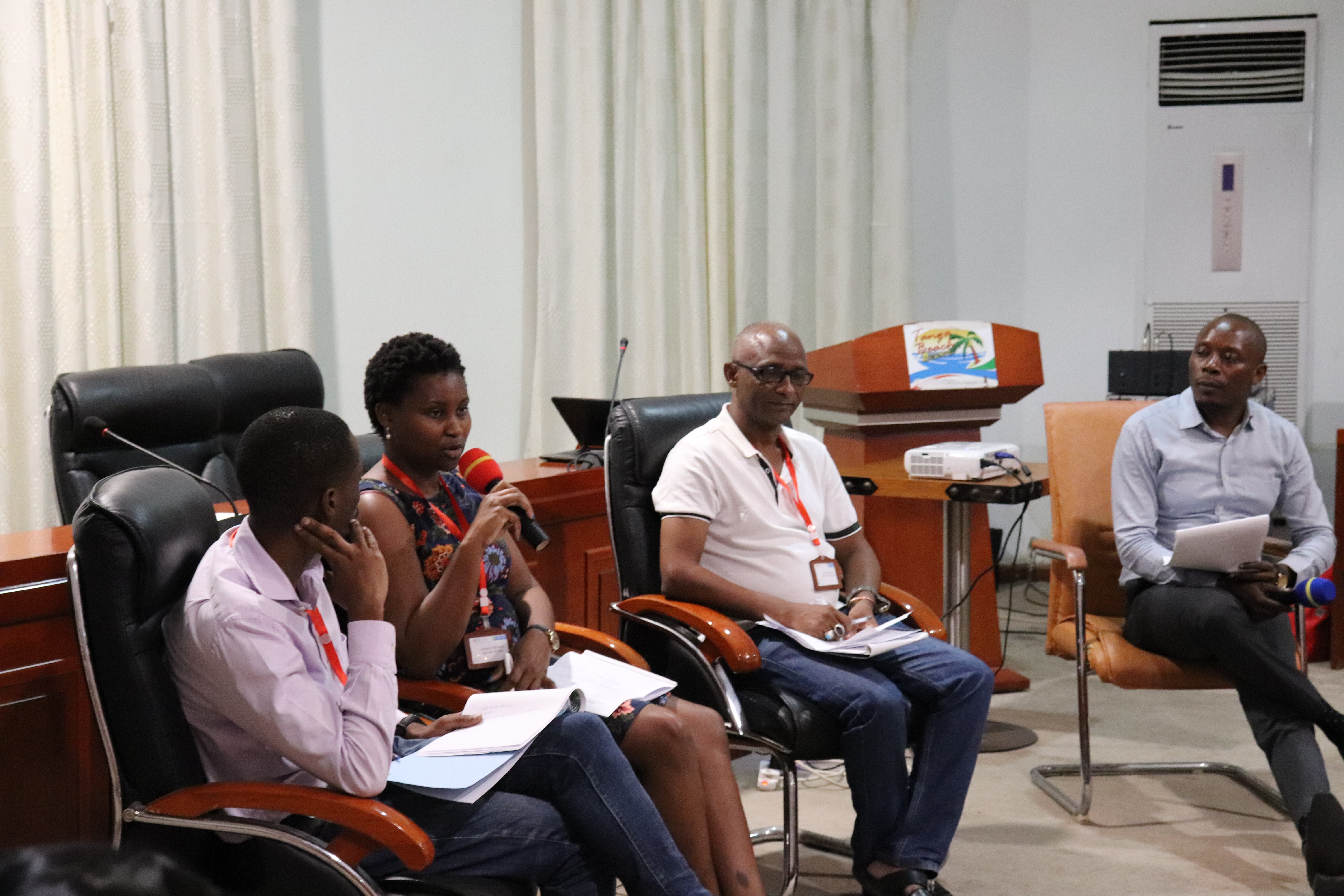 One of the key activities of the workshop  was a co-produced presentation from scientists and journalists of a 30 minute radio magazine programme on the impact of climate change on pastoralists in Tanzania. The show they produced was named “Mwanga wa Jamii” and was a great success showcasing the strong collaborative effort required from both the scientists and journalists. Amrani Mtikita (Safari Radio in Mtwara) reacted positively to the exercise and he indicated that he would be using this style for his future radio shows. After this exercise, many of the radio journalists expressed an interest in hosting weather and climate change related news segments or shows on their radio programmes. 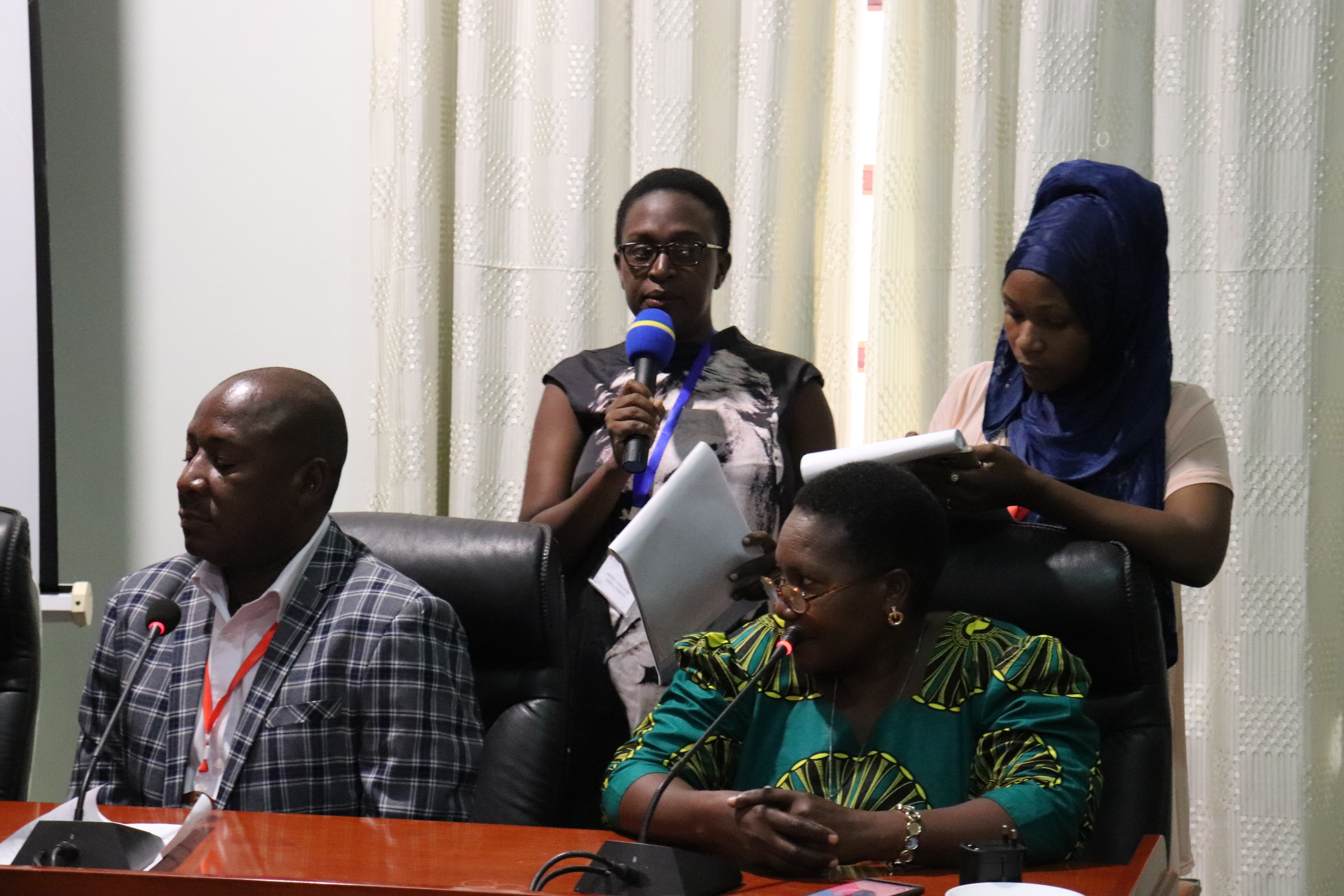 The workshop culminated in a final session where participants applied their knowledge learned over the past four days through the development and presentation of climate story pitches. In final reflections, the journalists underscored the usefulness of the workshop in providing them with the appropriate tools for the communication of climate change such as appropriate formats, story packaging, and how to increase audience engagement. It also provided insights to scientists on the kinds of communication formats and tools that are popular and well received with audiences and how to simplify their climate messages.

This workshop has helped to create strategic links between the journalists and climate scientists working within Tanzania and the broader East African Community to enable a lasting legacy post-workshop. FCFA will continue to offer support to the journalists and scientists in Tanzania through the sharing of FCFA research and continued engagement. For example, FCFA is currently providing climate information for a radio programme on climate change in Tanzania.