African countries bear the brunt of climate change impacts, yet they contribute little to the problem. As the globe continues to warm, these impacts will be more profoundly felt on the continent while communities, economies and policymakers struggle to adequately respond to the risks.

In addition to this, the poor scientific understanding of Africa’s climate results in significant uncertainty over the future climate and inhibits adaptation. In order to safeguard the lives and livelihoods of the people of Africa, research and development programmes need to address knowledge gaps and support resilience building initiatives across Africa.

Signs the global climate community are heeding this call were given during the COP26 climate summit in Glasgow in November with the launch of the Adaptation Research Alliance (ARA). A global coalition of over 100 researchers, funders, policymakers, development bodies and community-based organisations, the ARA is committed to co-producing adaptation solutions founded on real-word experiences that generate climate resilient futures.

The principles of the ARA build on foundations laid programmes such as Future Climate for Africa (FCFA), Collaborative Adaptation Research Initiative in Africa and Asia (CARIAA), Weather and Climate Information Service for Africa (WISER) and Climate and Development Knowledge Network (CDKN).

Since its inception in 2015, FCFA has worked with more than 300 researchers from over 20 countries, to advance knowledge and prediction of African climate variability. Its projects have brought together multidisciplinary teams to contribute to climate information systems, strengthen research capacity and drive international collaboration on the continent.

While many of the tangible outcomes of FCFA are reflected in policy, plans and investments, its focus on fundamental climate science has been crucial to the programme’s success. The collaborative nature of the programme saw global climate scientists working together on the same issues, sharing expertise and building on each other’s research. This has helped progress African climate science at a considerably faster pace than what would ordinarily happen if these scientists were working in isolation.

Supporting the capacity of climate scientists within Africa has been central to FCFA initiatives. The inclusion of African experts in international research programmes ensures the sustainability and legacy of programmes such as FCFA and lays the groundwork for future projects like it.

Through FCFA’s South-North collaborations, African scientists have broadened their capacity to produce climate information that matters to decision makers. Dedicated efforts to support early career researchers has also helped support the next generation of climate experts across the continent, specifically by ensuring these researchers can use FCFA as a platform to further their careers. 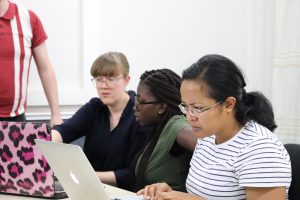 Researchers collaborate during a LaunchPad workshop

But advancing African climate science and the researchers behind it needs more than innovative programmes like FCFA. Investment, researcher by-in and political will is essential to address the climate risks facing Africa.

FCFA piloted a number of approaches aimed at demonstrating what this could achieve. From addressing flooding, and water management to urban sanitation and agricultural resilience,  FCFA applied its collaborative approach to show how researchers, communities and policymakers can work together to protect lives and livelihoods of those impacted most by climate change.

The pilot projects gave evidence that the approach works – farmers can boost their resilience, households can be protected from floods and water-borne diseases. But these efforts need to be taken to scale in order to make widespread, meaningful differences in the face of a warming planet. 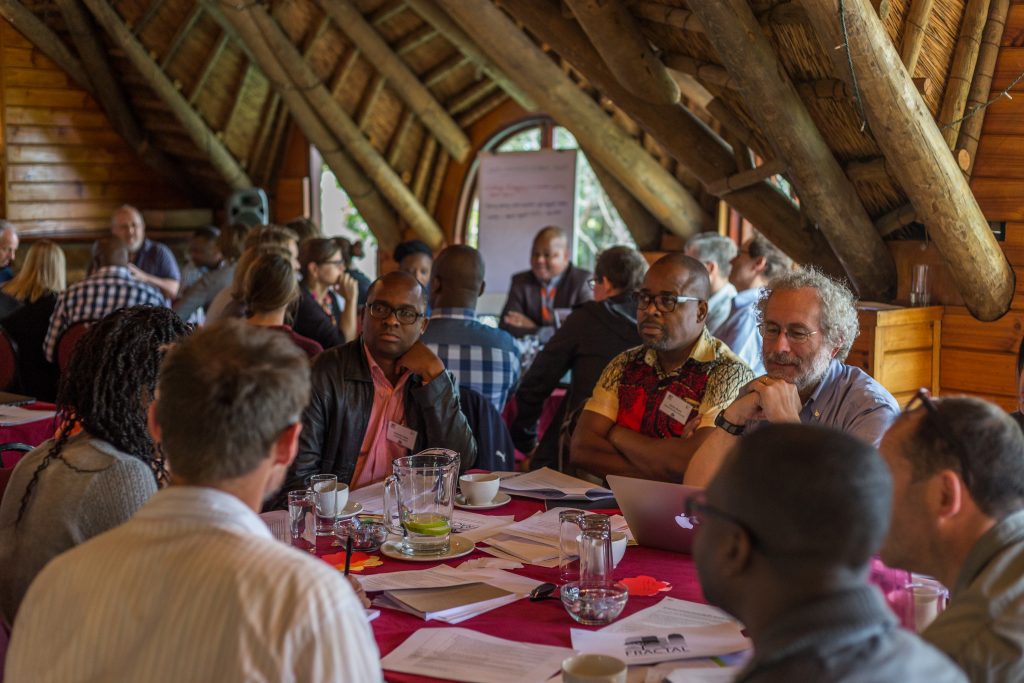 Stakeholders and partners at a FRACTAL annual meeting

There is a need to catalyse investment, identify priority areas and coordinate efforts beyond single programmes like FCFA to ensure research is action-oriented and generates effective solutions. With the launch of the ARA at COP26, there was evidence that this is happening.

Both the UK and Canada have strengthened commitments to the Climate Adaptation and Resilience (CLARE) research programme, extending their aid contributions to the initiative by £110m. Nearly £40m of this will be dedicated to addressing adaptation in Africa.

ARA members GSMA have also launched the Innovation Fund for Climate Resilience and Adaptation. The fund is designed to accelerate the testing, adoption and scalability of digital innovations that enable the world’s most vulnerable populations to adapt to, anticipate and absorb the negative impacts of climate change.

In addition, the Innovating for Climate Resilience fund was also launched in partnership with the ARA for innovators aiming to support people living on less than $5 per day to build resilience to climate impacts.

Through diverse stakeholder partnerships and collaborations like these that involve funders, researchers and policymakers,  it may be possible to co-create, innovate, and find solutions that have tangible effects on the lives of those living on the continent.