The Turkana area of north-west Kenya stands in the path of air currents which move from the Indian Ocean towards countries in north-eastern Africa. Over northern Kenya, these produce low, strong winds that bring dry conditions to the region. Further north of here, the winds move moisture-laden air inland, carrying rainfall with it. Being able to simulate these air currents using computer modelling is important to help better understand their behaviour and project how they will respond to changing climatic conditions in future.

Predicting changes in wind and rainfall can assist countries in East Africa and the Horn of Africa to anticipate variations in rainfall and drought.

For a country like Kenya, which plans to ramp up its investments in a green electricity grid, this information can also assist with planning for the expansion of wind energy infrastructure which will drive national and regional development. North-west Kenya is already the site of the Lake Turkana Wind Power Project, consisting of 365 turbines across 160 square kilometres, and which now accounts for about 17% of Kenya’s installed electricity capacity. 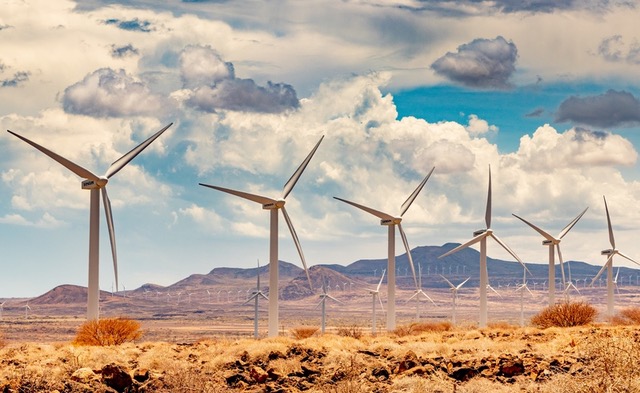 Meteorologist Dr Joseph Mutemi at Kenya’s University of Nairobi (UoN) is collaborating with a team of climate scientists who are studying the prevailing winds in this part of Kenya, and using this data to test the accuracy of existing models used to simulate the region’s climate. The aim is to use the resulting knowledge to improve global climate models.

These prevailing winds are known as the Turkana Jet, and are particularly strong in the lower atmosphere across north-west Kenya. The jet is one of the key mechanisms explaining rainfall and drought patterns in northern Kenya, as well as climatic conditions in parts of the Horn of Africa. When the Turkana Jet is weak, rainfall increases in northern Kenya; when it is stronger, moisture blows through the region quickly, often resulting in drought in Kenya and parts of Ethiopia.

Being able to simulate the circulation patterns of this wind with improved numerical computer models could therefore assist with planning relating to soil and pasture management, and with decisions on what agricultural crops to invest in should climatic conditions change.

‘There are other important socio-economic implications to understanding the Turkana Jet, too, since clean energy investment is going to drive the development agenda here,’ explains Mutemi.

Mutemi is part of Future Climate for Africa (FCFA) which is finalising a four-year inter-disciplinary climate research programme that has addressed a longstanding gap in the field of climate modelling. Until now, most of the global circulation models used to simulate current climatic conditions and project future changes in climate have been developed outside of Africa. These have not reflected the fine details of the atmospheric and land interactions that are unique to different parts of the African continent.

FCFA climate scientists in Africa and the United Kingdom have been collaborating through the Climate Model Evaluation Hub for Africa to address this. The collaboration allows climate scientists to test existing global climate models through an evaluation process which will allow them to improve these tools so that they better capture and resolve the physical characteristics of the content. This will help produce tools that can assist policy makers on the content with improved climate information which will support better planning and decision making in the context of changing climatic conditions here.

The first phase of the model evaluation hub, of which Mutemi is a part, is the FCFA ‘LaunchPAD’ (Priority on African Diagnostics). This uses dynamical climate and earth systems models, along with high resolution data, to analyse how models represent atmospheric phenomena such as the Turkana Jet and the land-atmosphere interactions.

‘In the past, the interaction of land and atmosphere has not been studied and quantified comprehensively in this part of Africa,’ says Mutemi, ‘and yet if we want to simulate these conditions, in order to understand how they might contribute to climate stresses such as droughts in East Africa, the computer models must have a good formulation of these processes.’

Intensification of droughts, for instance, is linked with anomalies in soil moisture, making it necessary for the models to better reflect the unique conditions across East Africa and what underlies the behaviour of atmospheric winds such as the Turkana Jet.

Dr Rachel James, a researcher affiliated with Oxford University’s School of Geography and the Environment (SoGE) and  the University of Bristol, is the coordinator of the hub. According to James, LaunchPAD allows scientists to develop these climate model evaluation tools to be automated across the newest generation of climate models, quickly providing more information about how models represent African regions.

The evaluation analysis on the project is being done by ten early-career researchers, who are regarded as emerging leaders in climate science on the continent. Mutemi is working with two of these researchers — Mr Anthony Mwanthi and Mr Oscar Lino — who are focusing on the Turkana Jet as part of their doctoral studies through the University of Nairobi.

Other collaborating institutions on the LaunchPAD project are the Kwame Nkrumah University of Science and Technology in Ghana, the University of Cape Town in South Africa, and the University of Yaoundé I in Cameroon. These researchers are working with colleagues at SoGE and the Met Office in the United Kingdom, and a researcher and software engineer in Oxford. 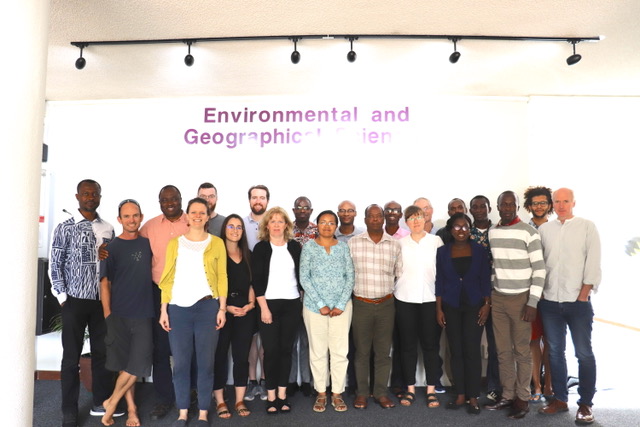 ‘The model evaluation hub and LaunchPAD are helping us to fast-track the development of these climate models and develop toolkits that the climate modelling community in Africa and the rest of the world can use,’ explains Mutemi.

‘This will bridge the gap between the climate modellers and other stakeholders, such as energy planners in Kenya.’

The improved Africa-focused climate analysis that FCFA and Mutemi are working on will contribute to understanding the next generation of climate models being used to produce the United Nations Intergovernmental Panel on Climate Change’s (UN IPCC) Sixth Assessment Report, due out in 2022. Mutemi is also a lead author in the IPCC’s Working Group 1, which focuses on the physics of climate and modelling the future projected climate.