A week before Cyclone Idai devastated parts of Mozambique, Malawi, and Zimbabwe in late March, the south-eastern region of Malawi was already battling widespread flooding after an earlier storm swept in from the coast. The latest estimates are that flooding in the country killed at least 59 people, left nearly 90 000 seeking refuge in temporary camps, and impacted another 900 000 people. 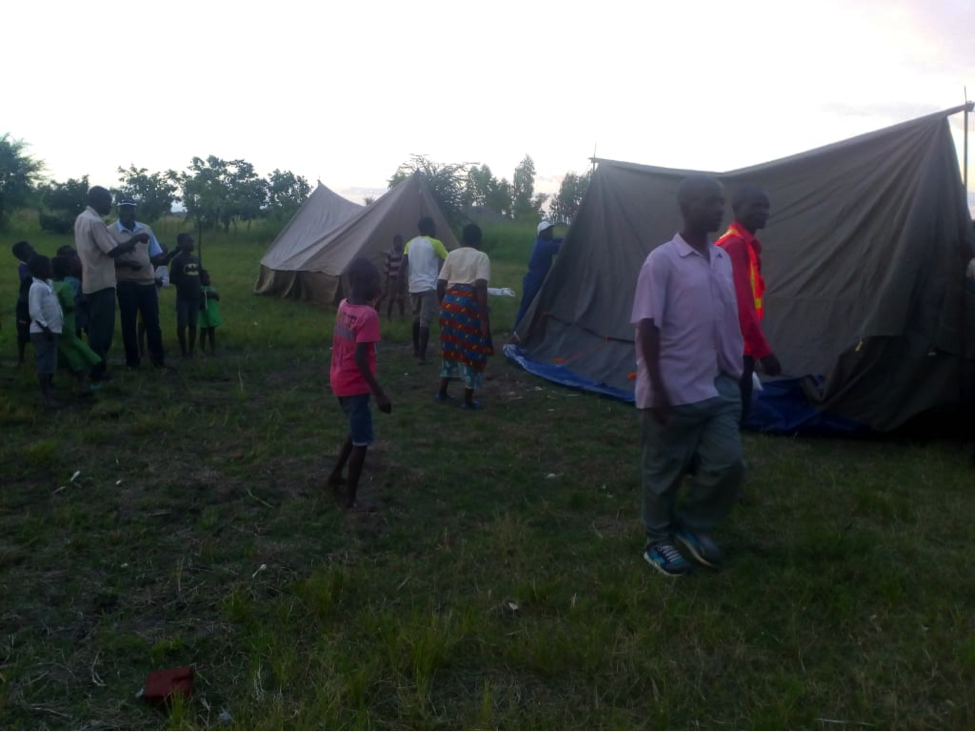 Flooding isn’t unusual in Malawi. Although climate change researchers warn that the southern African country needs to start planning with longer-term climate uncertainty in mind, if it hopes to be better equipped for these kinds of extreme events in future.

‘Malawi is caught in a pattern of short-term planning and response, when it comes to flooding events like this,’ explains Dr Katharine Vincent, director of the South Africa-based development organisation Kulima Integrated Development Solutions.

‘In terms of how flooding occurs, and how it might impact on food security or energy production, the government tends to think on an annual basis, and what might happen in the coming year,’ she says. ‘Events unfold, like this flood, and then everyone responds to the immediate circumstances.’

Agencies tend to get caught in this hamster-wheel of contingency planning and emergency response, something which Vincent and colleagues are hoping to address through supporting the Malawian government in using five to 40 year climate information to inform medium-term planning. This work is part of the Future Climate for Africa (FCFA*) initiative, a collaboration of climate impacts and adaptation researchers who aim to support governments in sub-Saharan Africa with climate information to drive development in the region.

The immediate impact of this sort of flooding is in terms of the loss of life and the threat of disease outbreak as the waters recede. But the impacts will be felt at a household level for months afterwards, according to Estelle Rouhaud, another FCFA team member, and research manager with the Grantham Research Institute on Climate Change and the Environment at the London School of Economics and Political Science. 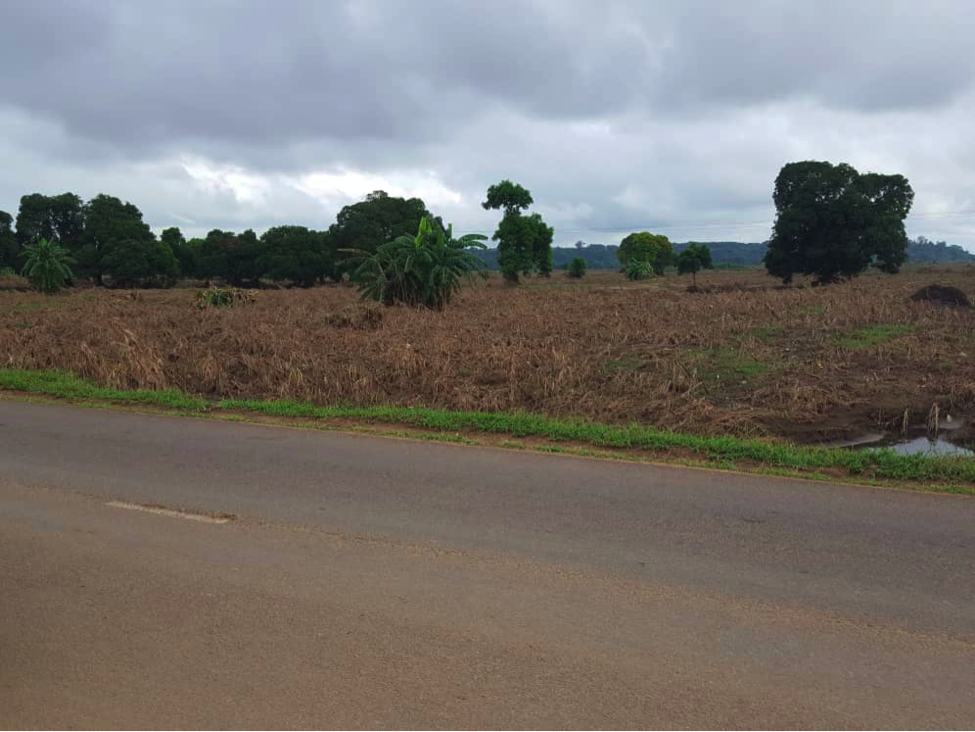 Gardens with almost-mature crop ruined by flooding: Flooding in Malawi in mid-March impacted about 900 000 people, damaging homes and crops in the hard-hit southern and eastern parts. Credit: Melton Luhanga.

Vincent and Rouhaud’s work focuses largely on the Shire River basin in southern Malawi, where this flooding damaged farmlands shortly before the upcoming harvest. This means that many small-scale farming communities will be left with food shortages in the coming year. The humanitarian support coming into the region is focused on dealing with the immediate problem of providing temporary shelter to displaced families, food distribution, and dealing with disease outbreak. But many communities will need additional food support until their next harvests are ready.

The flooding also caused electricity blackouts, as some hydro-power plants in the river basin became clogged up with sediment and debris washed into the water courses that feed into the power plants.

‘We’re interested in understanding the intersection of climate change impacts on power generation, food security, and water supply in the Shire River basin,’ says Rouhaud. Lake Malawi runs out through the Shire River basin, into the Zambezi River and then empties out into the Indian Ocean. Water levels need to be maintained to keep the hydro-power schemes along the river operational, but water also needs to be shared between agricultural and household needs of communities living in the basin.

Flooding like this highlights how vulnerable the basin is to extreme weather events.

Climate modelling for the region shows that average temperatures here are expected to rise by between 0.5°C and 1.5°C within the next three decades, which will likely increase evaporation from soil and open water, according to the latest available climate projections summarised by FCFA climate scientists. Heatwaves are likely to increase in number, with the mercury likely to push above 30°C more often. According to the climate impacts researchers, this is often regarded as the threshold above which maize begins to suffer from heat stress, which will have a significant impact on yields of this important staple for the country. 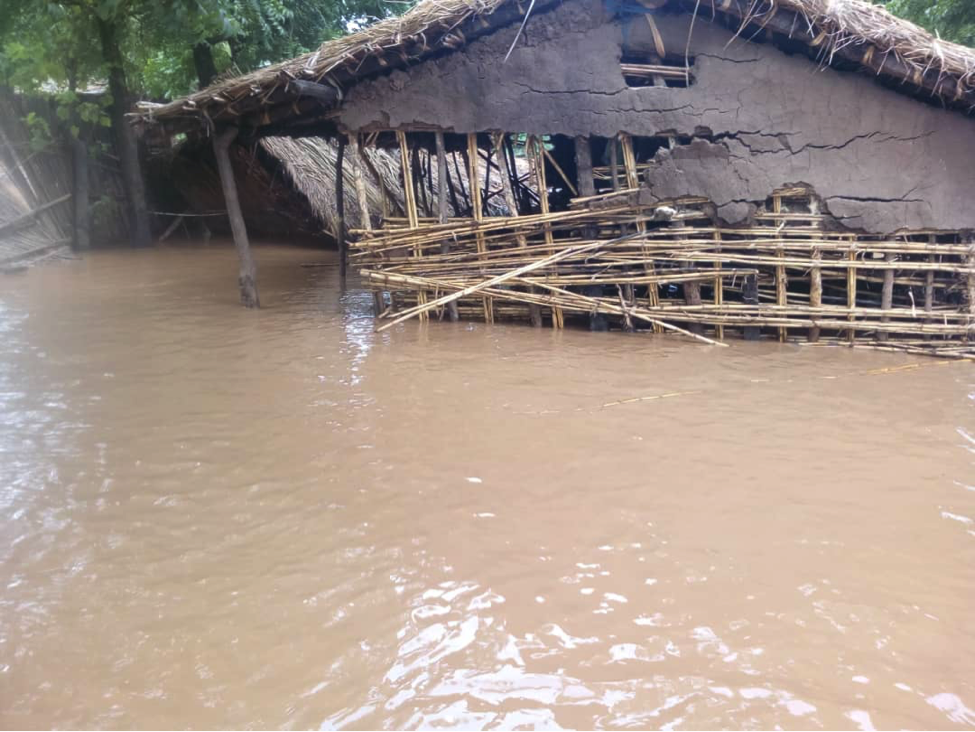 Namatamba camp in Zomba district: Flooding in Malawi in mid-March displaced an estimated 90 000 people. The priority for humanitarian relief efforts is to provide temporary shelter, food aid, and prepare for possible outbreaks of disease as the waters recede. Credit Blessings Mlowoka.

Changes in future rainfall patterns are harder to project, but researchers say the models indicate a decrease in the overall number of rain days in Malawi, but increased bouts of rain during these events. This is expected to translate into longer dry periods, with intense bouts of flooding.

‘Former Vice President Saulos Chilima was eager to break this cycle of short-term crisis response, and make the country more resilient to the effects of climate change,’ explains Vincent, ‘he was instrumental in pushing through the country’s National Disaster Management Policy, and spearheaded discussions on a National Resilience Strategy. A tragedy like this flooding might also make the government more proactive in terms of trying to find ways to reduce the risk of climate events.’

With national elections scheduled for this May, the FCFA team is hoping that parliamentarians and politicians will start to think more about climate resilient planning.

*The FCFA work covered in this story is part of the Uncertainty Reduction in Models for Understanding Development Applications (UMFULA) research group. It aims to advance scientific knowledge about regional climate responses to human activities and work with decision-makers to integrate this knowledge into climate-sensitive decisions in central and southern Africa, with a particular focus on Tanzania and Malawi.