Grappling with risk in a climate-altered future: new Africa-focused book

Two decades from now, the Namibian capital of Windhoek will experience warmer conditions as the quantity of carbon and other greenhouse gases in the atmosphere continues to increase and drives up regional temperatures. But how will rainfall patterns change, and what will the water situation be in this semi-desert part of southern Africa in twenty years’ time? How do city managers plan for water service delivery when there is so much uncertainty about changing environmental and social conditions?

In 2017, Namibian officials met with climate change researchers and development partners from Namibia, South Africa, and the United Kingdom to grapple with precisely these sorts of questions, with the view of developing the city’s Climate Change Strategy and Action Plans.

This ‘Learning Lab’ workshop process features as one of many case studies in a new book that demonstrates how researchers and decision makers can work together to identify adaptation options and how to build resilience as climate-related risks increase. 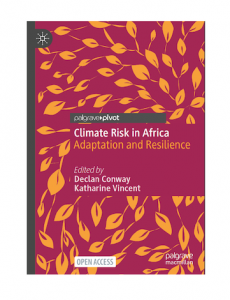 Climate Risk in Africa: Adaptation and Resilience is an open-access book published in January 2021 by Palgrave Macmillan which draws on the experience of Future Climate For Africa (FCFA). The FCFA work aimed to support African countries by producing useable and appropriately designed climate information in order to further climate-resilient development and planning. FCFA projects focused on improving the availability, accessibility and use of climate information across various contexts. This included urban issues such as water and sanitation, or rural issues such as livelihoods or agriculture, across a range of sub-Saharan African countries.

FCFA’s focus was not just on the information produced through the applied research programme, as outlined in the book. The initiative was designed to use inclusive and collaborative processes throughout, and it is these processes that are central to the content of the book as well.

The Windhoek Learning Lab was one of a series of similar workshops done in various cities in the region, which allowed relevant stakeholders to zero in on the cities’ ‘burning issues’. During the Windhoek process, officials and researchers agreed that water insecurity, energy poverty, and lack of services in informal settlements were the most pressing development challenges in the context of climate change.

Once the workshop participants had agreed on these burning issues, the FCFA urban development team drew up a climate risk narrative for the city, which is compiled in a visually accessible infographic style illustration. The narrative lays out three possible climate futures that Windhoek might face by the 2040s. The narrative then lists the likely climate impacts under these scenarios, and the adaptation responses that are appropriate for each.

For all three scenarios, drawn from climate modeling produced by FCFA researchers, the future looks hotter for the city. But how rainfall patterns change is less clear, and this is where the uncertainly comes in for city planners. One scenario has the city’s rainfall decreasing by a third; a second scenario has the rainfall increasing in the latter part of the rainy season; a third scenario has more intense rainfall events.

In each of these scenarios, the likely outcome is increased evaporation from storage reservoirs, along with a strained water system as Windhoek’s population grows and demands expanded water services. These scenarios also indicate that there will be an increased likelihood of flooding, which needs to be taken into consideration when planning and building infrastructure. City planners will need to formalise informal settlements to offset the risk of flood damage, particularly for those that are close to water courses.

The publisher says the book lays out the ‘underlying principles and structures designed to facilitate effective engagement about climate risk, including the robustness of information and the construction of knowledge through co-production’. 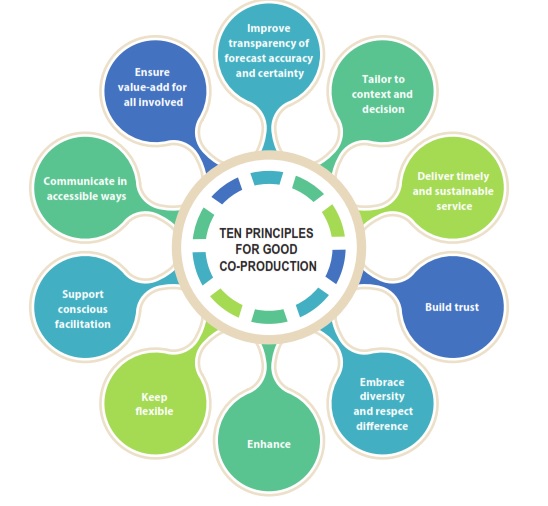 The book, which can be downloaded in full or chapter by chapter, also gives case studies to demonstrate how FCFA worked with stakeholders in different contexts and regions as they developed climate information collaboratively, and outlines how they used that information to support adaptation and resilience-building in different ways. Case studies include the development of early warning systems, river basin development, urban planning, and rural livelihoods, amongst others.

In the face of an uncertain future, particularly in terms of how climate change will express itself at the local scale, making adaptation decisions can be complex and calls for careful consideration of many factors and perspectives, and balancing different priorities over different timescales, say book editors Prof Declan Conway from the London School of Economics and Dr Katharine Vincent from Kulima Integrated Development Solutions and an associate professor at the University of Witwatersrand, Johannesburg.

‘Societies are only at the start of a learning process that will continue for decades,’ write Vincent and Conway in the opening chapter of the book. ‘This book aims to contribute to this process by developing our understanding of climate risk and its implications for approaches to adaptation and building resilience in Africa.’

The book presents FCFA’s ‘learning and experiences… focusing specifically on what does and does not work and why’, and gives a critical reflection on the trans-disciplinary approaches used by FCFA. It offers new ways to ‘promote action in policy and praxis’ by drawing together disciplines from climate science that provides understanding of future climate risk, and social science of response through adaptation, says the publisher.

Download the book: Climate Risk in Africa: Adaptation and Resilience