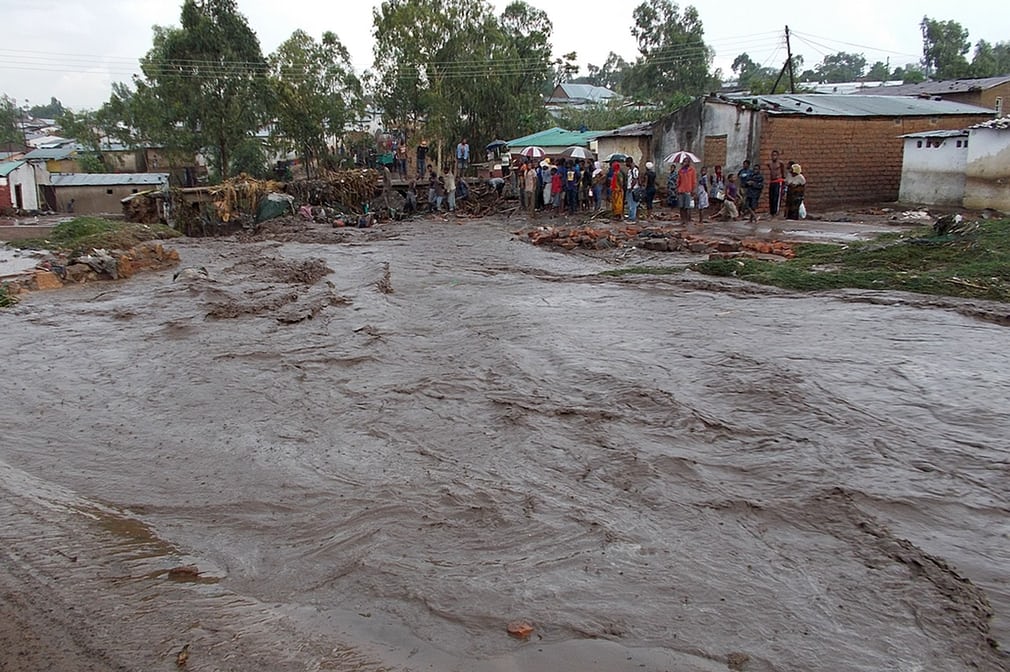 Flooding in the southern Shire River Basin in Malawi in 2015 caused extensive damage to infrastructure and farmlands. Risk management planning needs to consider the interplay of climate change and deforestation in the likelihood and severity of future flood events.

The floods which hit Malawi’s southern Shire River Basin in 2015 were the worst on record, according to the country’s Department of Disaster Management, causing widespread damage to roads, buildings, and farmlands. If the government wants to contain the risk of future flooding like this, it needs to plan with more than just the likely changes in rainfall patterns in mind due to climate change. They must also factor in changes in vegetation cover as farmers increase their footprint in the area, and people fell trees for firewood.

This is according to environmental scientist Emmanuel Likoya, a specialist in hydrology and climate, whose study of the 2015 floods shows that human-caused climate change and deforestation around the valley both contributed to the severity of the damage. This analysis has allowed Likoya to draw up an extreme weather event risk mapping tool which agricultural policy makers and development workers on the ground can use to support farmers and land managers to slow or reverse the clearing of trees which will worsen flooding events in future.

“The 2015 flooding affected the whole of Malawi but the most affected areas were in the lower parts of the Shire River Basin, which is a flood plain. There’s also a hydro-power scheme in the river basin which was badly hit,” explains Likoya, who is now based at the University of Leeds in the United Kingdom.

Likoya’s analysis was part of his Masters studies and was funded by the Innovation Fund that is one of the mechanisms of the capacity development initiatives for Early Career Researchers of Future Climate for Africa (FCFA). His focus was on the link between climate instability and land use change, and their role in increasing the risk of flooding in Malawi.

“The study shows that climate change over the past decades, which results in bigger inundations of rainfall during storm events, did increase the likelihood of flooding, relative to what would have happened in a state of an unaltered climate,’ he says, ‘but I was also able to show that the loss of tree cover over the previous three decades contributed significantly to the risk of flooding.”

Likoya used satellite imagery and time series data across three ‘time slices,’ 1990, 2000, and 2010, to map the extent of forest cover over this period.

“Most of the land was covered with forest in the early 1990s, but there has been extensive deforestation since then. The area is now covered with settlements and croplands. Some of this is seasonal cropland, and some perennial. There are also large patches of land that are bare as a result of tree felling by people who need wood as fuel.”

This loss of tree cover changes the way water runs off the land surface during short rainstorms, as well as how water flows when rain falls over longer periods of time. The longer a spell of rain falling onto these deforested areas, the greater the likelihood of severe flooding.

“The important message for policy makers, is that if they want to map the risk of flooding linked with extreme weather events, they need to look at environmental change in its entirety.”

The positive message of this research, says Likoya, is that land-use change is something that is within the power of Malawian policy makers and development planners to influence, and he recommends ways in which to slow deforestation and encourage forest regrowth.

“One of the big drivers of deforestation is people’s need for firewood. Many families in the area still need to use wood fuel for their day-to-day energy needs. The alternatives are for them to use charcoal briquettes at a small scale, or to move to more energy efficient stoves, which use less wood than many current cooking methods.”

To slow down deforestation linked with farming practices, Likoya recommends that the state works closely with farmers to identify areas that are better suited for cropping or livestock, and avoid clearing natural vegetation in areas that are marginal for farming and would be less productive if transformed to agricultural practices.

“We need to develop better farming systems, and look at mixed cropping as a way of managing landscapes that are already cleared of natural vegetation.”

Likoya is now taking these modelling and risk mapping expertise into his doctoral studies at Leeds, where he is working on the GCRF-AFRICAP project led by the university, along with the UK’s Met Office and Chatham House and other partners within Malawi, to look at changes in drought risk in Malawi. The work will focus on the implications for farmlands under irrigation in three key river basins, Balaka in south, Nkhotakota in central, and Karonga in the north.

“Most of Malawi’s agriculture is rain-fed, but the government has plans to expand investment in irrigation, both in existing schemes as well as setting up new ones,” explains Likoya. The key crops are mostly maize in the southern region, and a combination of maize and rice in the north and central parts of the country.

“This work will focus on how the risk of drought could affect the demand for irrigation water in future, and the ability to meet a change in demand as climate change influences water availability in the region so that irrigation investments are well-conceived.” 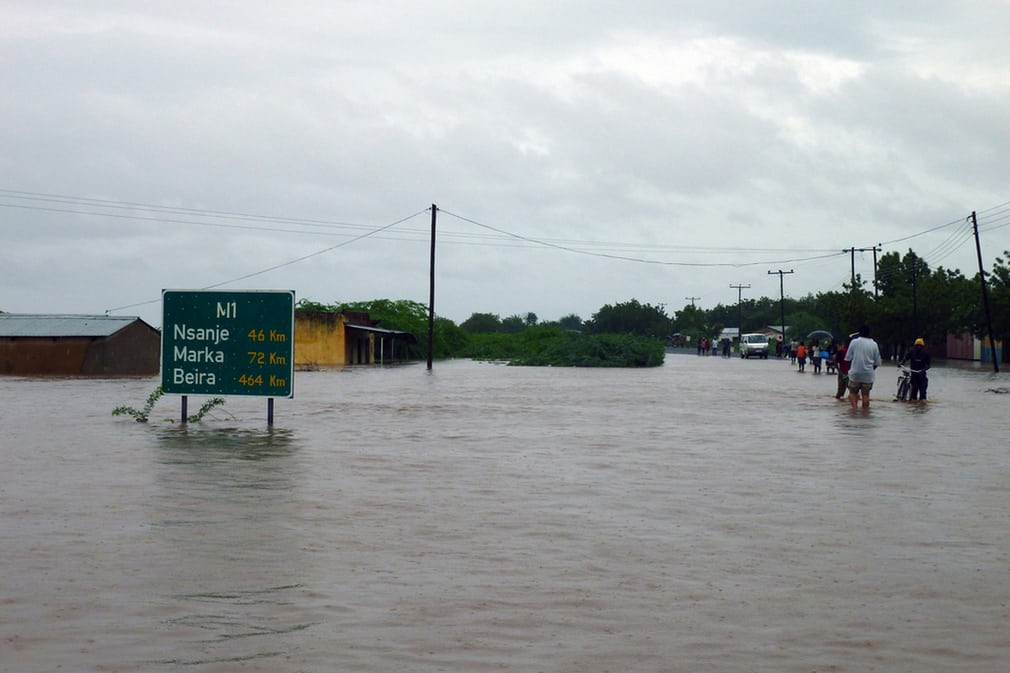 Download the brief by UMFULA on projecting the Future Water Availability in Malawi under a changing climate.

Read the blog by UMFULA researcher, Dorothy Tembo-Nhlema on her personal perspective on the floods over Malawi.

The work reported on in this story is part of Future Climate for Africa’s UMFULA (Uncertainty Reduction in Models for Understanding Development Applications) team. It  aims to advance scientific knowledge about regional climate responses to human activities and work with decision-makers to integrate this knowledge into climate-sensitive decisions in central and southern Africa, with a particular focus on Tanzania and Malawi.

This article was written by Leonie Joubert and is part of a series that highlights the capacity development initiatives of FCFA and introduces the Early Career Researchers involved in them.
Menu