There is a development challenge that is a recurring problem in informal settlements in sub-Saharan Africa cities: when heavy rains hit a city, low-lying areas with informal housing and with poorly maintained or no drainage and sewerage infrastructure, often end up with stagnant water pooling in places. These neighborhoods may even experience serious flooding after heavy storms.

Flood waters can damage infrastructure and private homes, while pooling water can result in disease outbreaks such as cholera or malaria. The solution to urban flooding seldom lies with one government department, and stakeholders outside of government often also need to be involved in finding or implementing solutions. Managing urban flooding is going to become even more complex as the continent’s increasingly unpredictable climate will see extreme changes in rainfall and storm events in many cities across the region.

Future Climate for Africa (FCFA), which draws to a close this year, has worked closely with countries in sub-Saharan Africa in an effort to influence real-world decision-making in the context of climate change, including to address city-based development issues such as the overlap between urban sanitation and flood risk.

FCFA drew together African, European and UK-based academics with governments, development practitioners and other stakeholders on the continent, to work collaboratively to identify climate and development challenges. The process allowed partners to jointly decide on research needs and approaches, and produce evidence-based solutions that could feed directly into real-world decision-making.

The work aimed to inform planning, policies and investments, foster new partnerships and collaborations, and build new talent on the African continent through capacity building initiatives. In the context of urban flooding, the work demonstrated that solutions lie across many sectors and FCFA’s urban team tested various interaction processes to find the most effective way to allow new climate knowledge to feed through into active decision-making. This included facilitated processes that enabled different government silos to work together and also allowed collaboration with non-governmental stakeholders who may be experts in urban development, sanitation, and health. This was key in supporting cities with sanitation, roads, and urban planning in Ouagadougou in Burkina Faso, Kampala in Uganda, Kisumu in Kenya, and Lusaka in Zambia. 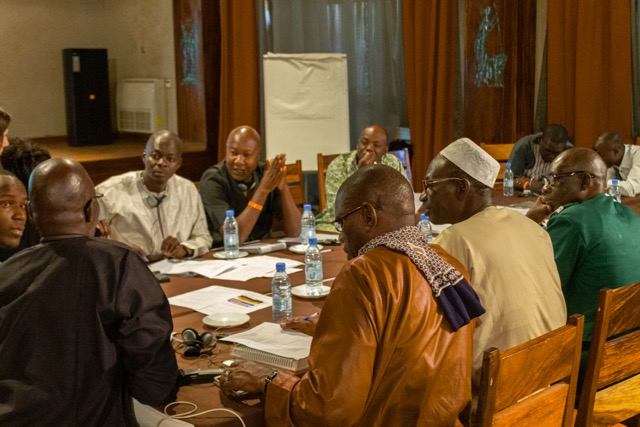 On the ground in Ouagadougou: a success story

One such initiative involved Ouagadougou-based sociologist Dr Maïmouna Bologo-Traoré and a team of researchers working with the International Institute of Water and Environmental Engineering (2iE) over a two-year period to understand why people choose to settle in flood-prone parts of the Burkina Faso capital.

Bologo-Traoré argues that if governments and researchers can understand what motivates people to settle in high-risk neighbourhoods, in spite of the health hazards and potential damage to their properties during the flood season, it can help inform better urban planning, particularly as climate change increases the problem of urban flooding. Like many cities on the continent, the Ouagadougou municipality is under pressure to meet the housing needs of the growing population but can’t control where people settle and build houses. 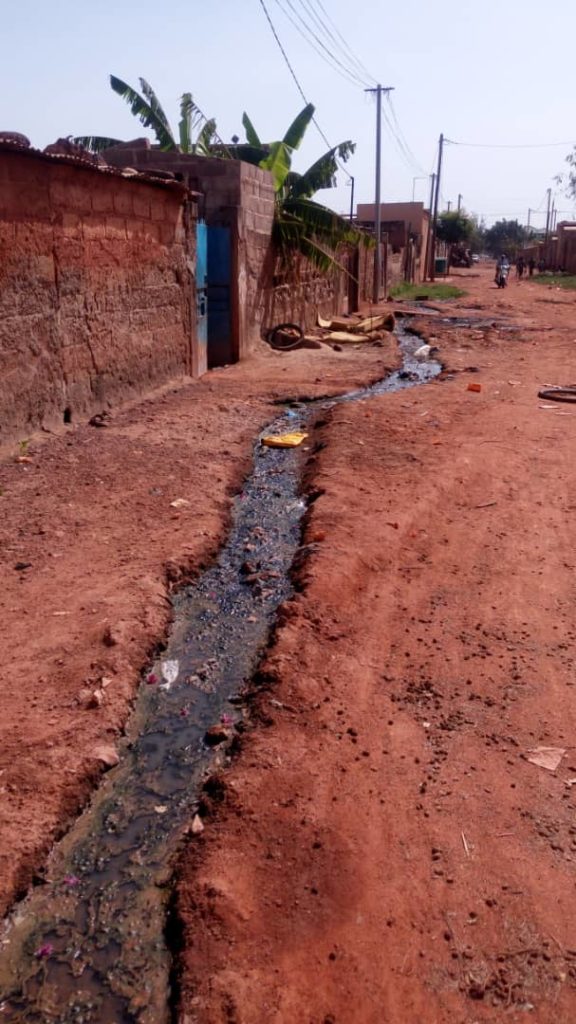 Residents in flood-prone parts of Ouagadougou, Burkina Faso, may dig drainage channels in the streets to prevent water pooling around their homes.

However, city officials do have greater influence in areas of waste service delivery and sanitation infrastructure, which if managed properly can mitigate the risks of flooding and disease during the rainy season. FCFA’s work demonstrated that managing urban flooding in most cities involves supporting officials from different government silos to cooperate to resolve many intersecting engineering issues, such as poor storm water drainage issues.

Solid waste service delivery needs to be operational so that household garbage doesn’t build up in the streets and get washed into stormwater drains, causing blockages. This required managing waste service delivery in the present time. Homes without running water or decent toilet systems need improved sanitation, which is often a longer-term planning issue. Infrastructure development needs to happen in a context where the climate will have shifted beyond the conditions that today’s infrastructure is designed to cope with. These are some of the different issues that came into consideration through FCFA’s work on urban issues.

FCFA helped the Lusaka City Council to develop a slum-upgrade strategy, which included looking at drainage infrastructure issues in the context of climate change. FCFA was also able to work with the municipality of Lusaka’s City Council Strategic Plan (2017-2021) by better integrating climate change issues and concepts into the plan, and linking climate change to urban development in the Zambian capital.

Over the course of six years, FCFA’s real-world influence has extended into the area of policy, such as supporting the development of Uganda’s Climate Change Bill, helping the Rwanda Green Fund which included creating a screening process for agriculture projects looking for assistance and supporting the Senegalese government with developing vulnerability assessments as part of the country’s National Adaptation Plan (NAP).