Filmmaking to support agri-extension in Uganda

The old style of supporting farmers in Uganda was to send a government-employed agricultural extension officer out into the field. He’d travel from farm to farm with information on the latest in crop sciences, or a seasonal forecast from the local met office. This tended to be a one-way information-sharing process, and often resulted in people hearing only what the state believed they needed to know. It didn’t allow farmers to express their own needs or feed their opinions back into the hierarchy of the administration.

Over the years, private extension services have often replaced the state’s. These are usually funded by large agricultural firms who might have their own corporate interests at heart, punting their branded seeds and inputs to farmers.

Now, when it comes to sharing agricultural information relating to climate change, this can result in rural families ‘internalising’ the messages that the state, or scientists, or the private sector believe they need to hear. This becomes the public face of the climate change story in a community, but often doesn’t allow farmers to be part of the knowledge-building process, according to filmmaker and social science researcher Dr Grady Walker. 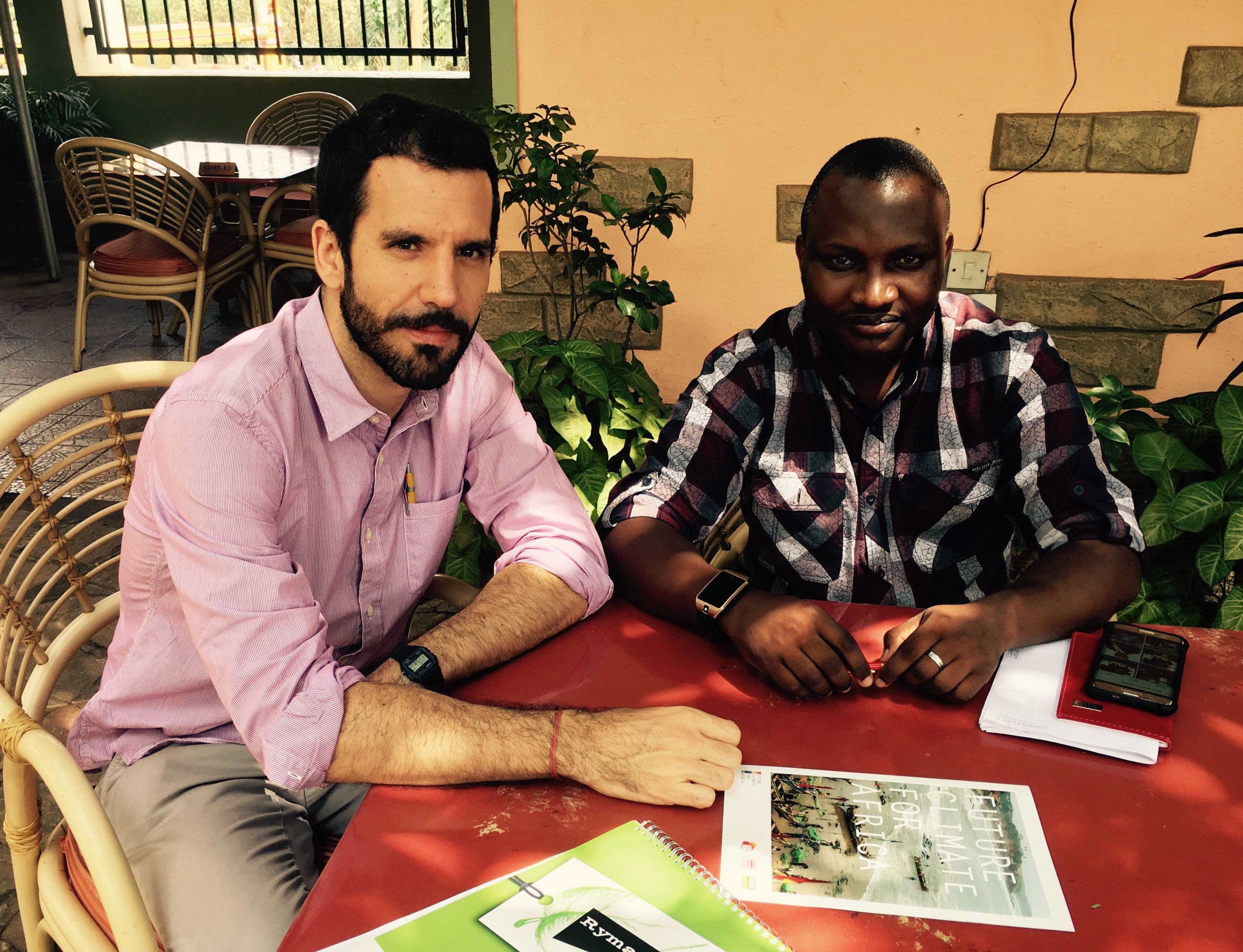 Walker is based at the Walker Institute at the University of Reading in the UK, and is part of the Future Climate for Africa (FCFA) programme, a multi-disciplinary team of researchers that is supporting communities and governments in various sub-Saharan African countries with climate change-related information.

Private firms, government officials, and scientists might have more power or influence than rural people, explains Walker, and this shapes the way scientific information is developed and shared.

‘A private company might use this avenue to sell a new seed variety. Or a government extension officer might want to teach farmers new techniques that the state believes will make farmers more profitable or get more yields. Or scientists might be seen as having some kind of magical knowledge,’ explains Walker. The upshot is that these external actors end up defining the processes of generating knowledge and information relating to climate change and agriculture.

‘In a context where you might have a long history of imbalance, rural people are often disempowered or marginalised. They might end up internalising these kinds of messages, which invariably presents them with a narrow set of options that they didn’t necessarily conceive themselves,’ says Walker.

Now, Walker and the FCFA team working in East Africa are planning to use basic filmmaking as a way of subverting this traditional one-way knowledge exchange process.

By identifying a few ‘climate change champions’ in the farming community in the Mukono District in Uganda, about 25km east of Kampala, and training them in visual storytelling, FCFA researchers hope to start a two-way conversation between communities and their government, with a focus on how their agricultural practices need to respond in the context of an increasingly unpredictable climate.

‘Information exchange has to be a two-way dialogue, and this is a way to feed information back to decision-makers from farmers on the ground,’ explains Walker.

Many farmers in sub-Saharan Africa need to know what the upcoming season is going to bring, rather than what climate patterns will be like a decade from now. And yet climate scientists wanting to support them with information relevant to their farming practices are often working with longer time horizons, modelling what conditions might be like several decades from now. The mismatch between these time horizons is something which the visual storytelling process will aim to address.

So far 10 farmers have agreed to take part in the filmmaking process, and will focus on issues relating to their farming practice and the hydrological cycle. These stories will help inform local and national policy, according to Miriam Talwisa, from the Climate Action Network civil society group which is partnering with the FCFA on this project.

They will be grouped into teams, given basic cameras, and trained in a storytelling method that is low-tech and doesn’t need complex computer-based post-production editing. 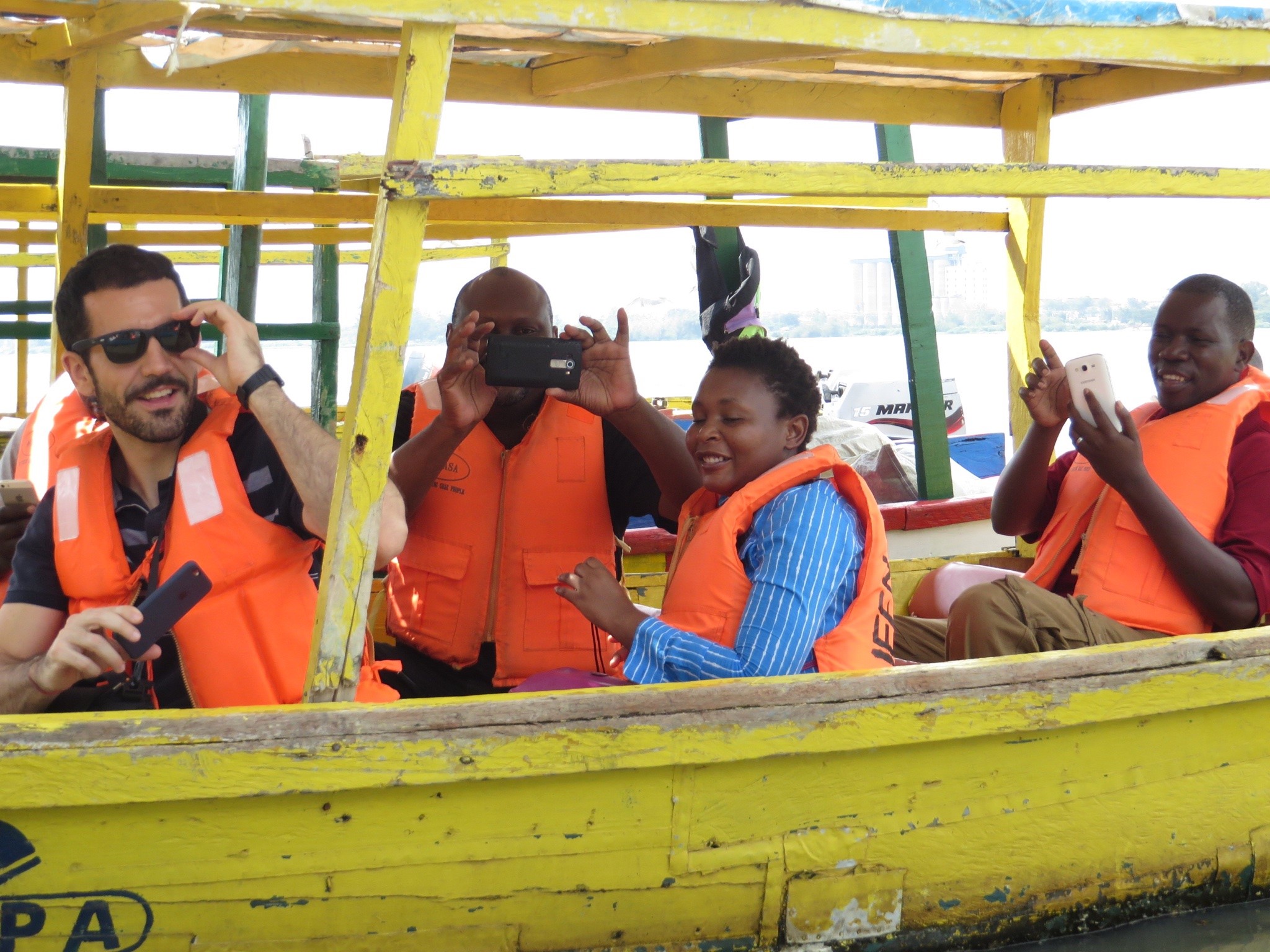 The process will involve learning how to draw up storyboards ahead of filming, so that the farmers can take a conceptual idea, and flesh it out as a visual storyline. They will then be able to shoot each section of story in its final and correct sequence so that no additional editing needs doing before the film is screened for audiences. Each camera will have a built-in projection system, allowing the films to be screened directly from the same system on which it was filmed. FCFA researchers will then bring the farmer teams together with invited government officials for a facilitated film viewing process where they will have a chance to discuss the contents and issues. Officials and scientists then face the dilemma of choosing how to respond.

‘This can be a challenge for them because their foundational assumptions can be problematised or rejected by rural people,’ Walker explains.

This approach will allow farmers to work in their own language, using their own cultural idioms, in a way that should let their own subjectivity surface, according to Walker. It can also help overcome barriers like lack of literacy, or understanding complex scientific ideas. The approach can be messy and filled with mistakes, but it can allow for farmers’ under-represented stories to become something tangible in the end.

‘People are used to consuming media that’s slick and well-produced. In this format, the storytellers are able to use their own language, they hear their own accents, and produce something by themselves. People usually love it,’ explains Walker.

Training with the farmers is expected to begin in March 2019.   This article was written by Leonie Joubert and is part of a series that delves into the science that has been produced by various FCFA projects, and introduces some of the people behind it.   The FCFA work covered in this story is part of the Integrating Hydro-Climate Science into Policy Decisions for Climate-Resilient Infrastructure and Livelihoods in East Africa (HyCRISTAL). It aims to develop a new understanding of climate change in East Africa and to work with the region’s decision-makers to manage water for a more climate-resilient future.
Menu