One of the toughest questions that climate scientists are hoping to answer for East Africa, is what will happen with the region’s tropical rainfall patterns and what that will mean for its two wet seasons. The most up-to-date findings draw together the results of 40 different climate models, giving policy makers in the region something of a roadmap which can help them plan towards a future where drought and flood events will become more extreme and less predictable.

Climate information like this allows governments to prepare for a less certain future by creating longer-term solutions, including early warning systems so that they can be responsive to climate change. However, the environmental shocks that may hit the region in the future, will not happen in a vacuum.

This is why the information coming from the specialist climatologists grappling with East Africa’s future rain patterns needs to be understood in the context of the political, social, or economic fault-lines that already exist in a region, argues anthropologist Dr Andrew Ainslie.

Ainslie is a South African anthropologist based at the University of Reading in the United Kingdom, and is part of a multi-disciplinary team of academics, researchers, and practitioners who are looking at mainstreaming climate information into regional policies through the Future Climate For Africa (FCFA) initiative.

The Lake Victoria Basin, and specifically Uganda, is a case in point, Ainslie says, where competition for land and the resource needs of a rapidly growing population are like two trains on a collision-course.

‘Soils here are becoming exhausted, because most farmers can’t afford to fertilise, and there’s growing pressure on the land to produce more food,’ he says.

There’s also a ‘gold rush’ for land around cities like Kampala, as companies see the economic potential for development. Some families who have lived on their land for generations, now find themselves on the edge of a spreading city and are being forced out by aggressive development.‘There’s a lot of tension around land right now,’ Ainslie explains. ‘The state is trying to get on top of the question of illegal land-grabs, and there’s a judicial commission addressing the issue.’

The state is working with (the international development organisation) GIZ to use satellite and GPS technology to better manage land pockets and formalise property rights. This growing pressure for land comes in the politically volatile context of a regime that’s been headed up by a single state leader for nearly four decades.

At the same time, one of the main resilience strategies that small farmers here have leaned on historically, is now increasingly being cut off: turning to the region’s great lakes, where they can catch fish as a back-up during the hungry seasons. 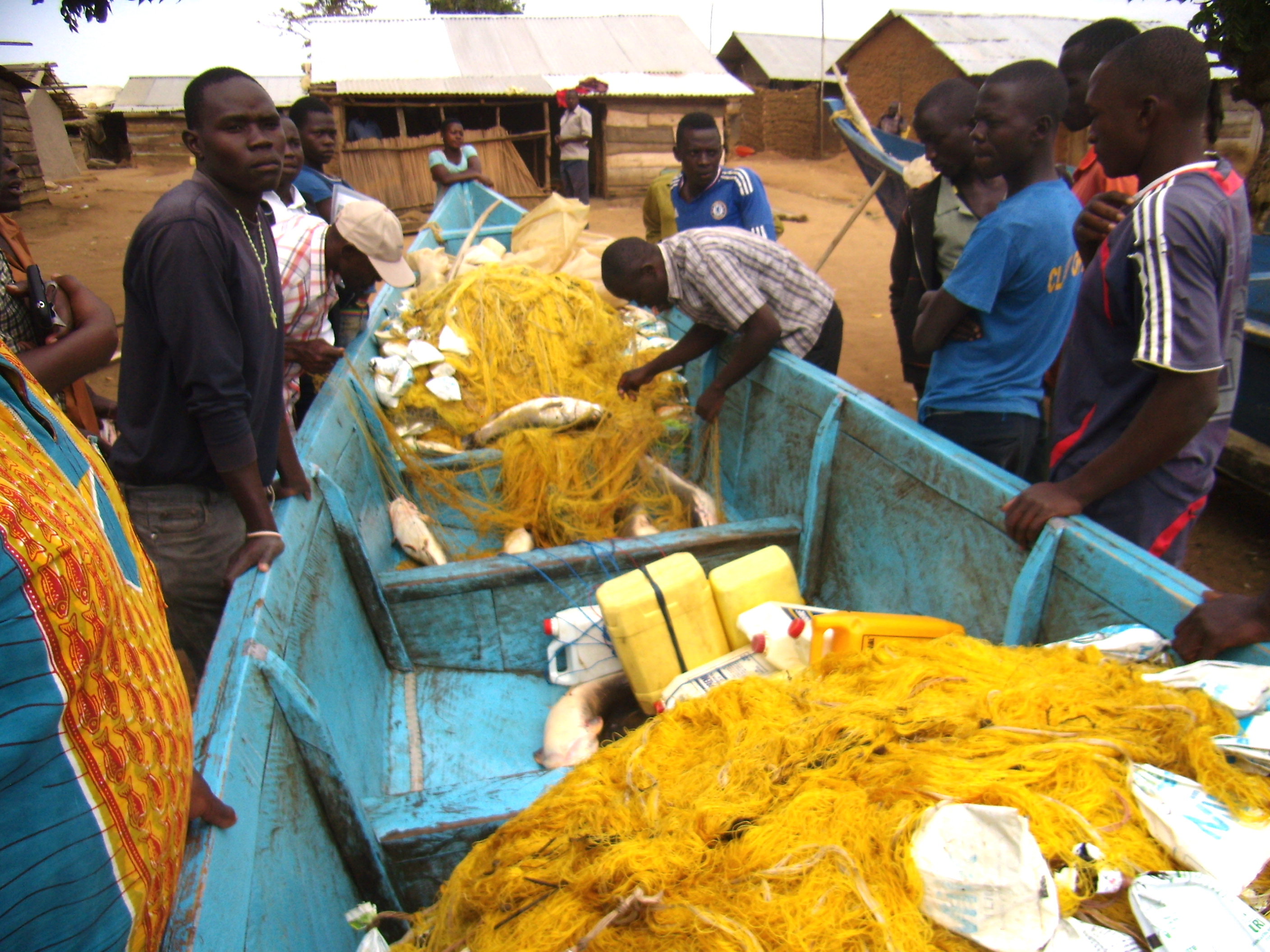 Bulebi-Sango landing site on the shores of Lake Victoria. Photo by Andrew Ainslie

In the past, it was easy for small farmers to support their livelihoods during lean times by fishing in Lake Victoria or some of the other lakes in the region. But two things are now throttling back fishing as a survival strategy, according to Ainslie: fish stocks in the lakes are collapsing, owing to overfishing and pollution from urban settlements and agricultural production building up in the lake’s water. Secondly, the state is tightening up the permitting system surrounding the fishing industry, making it harder for small operators to get onto the lake legally in their hand-crafted boats. As a result, people who previously fished for themselves and sold their catch in the local markets, find themselves reduced to labourers in the fleets of more powerful fishing operations. 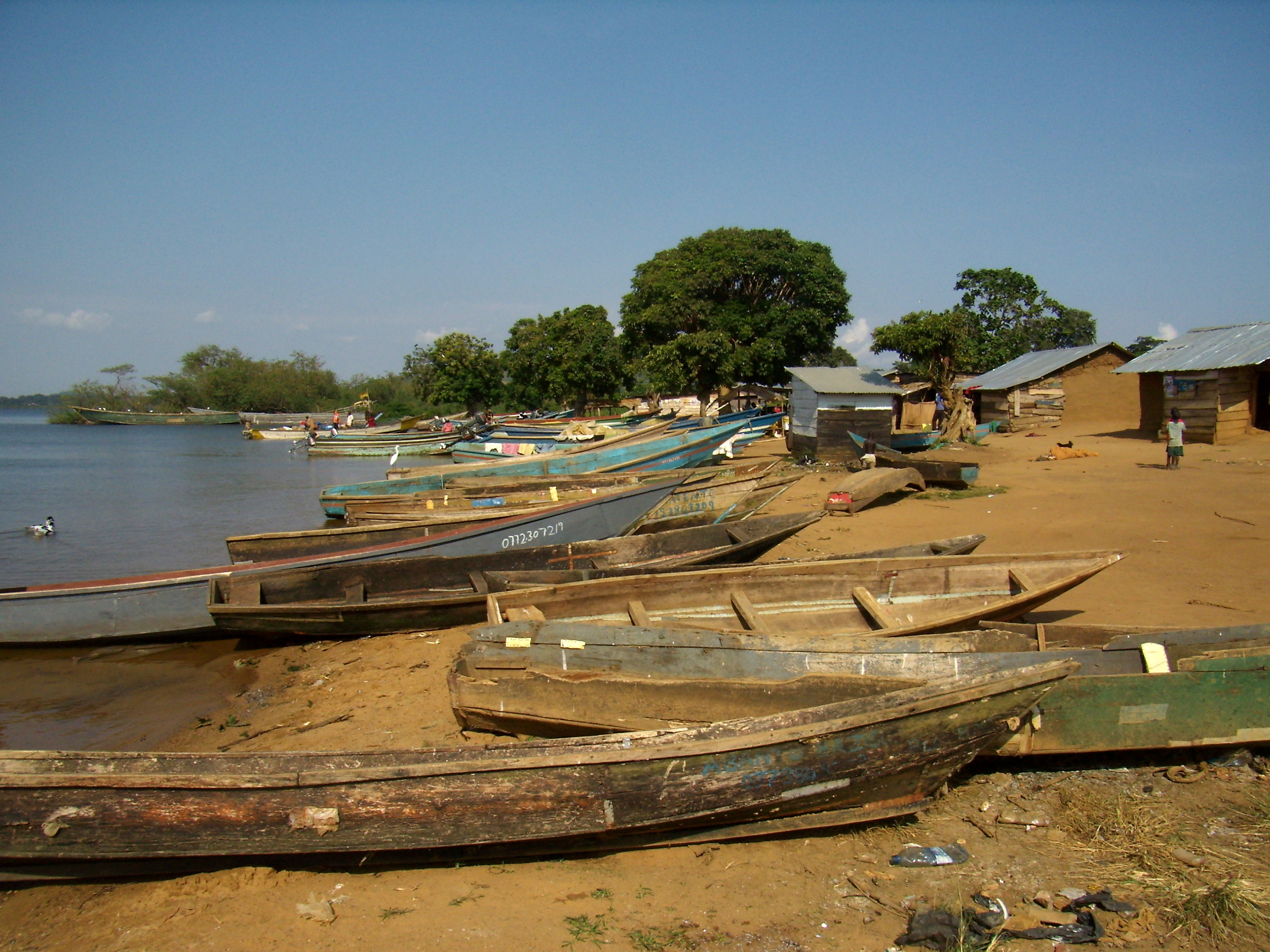 Bulebi-Sango landing site on the shores of Lake Victoria. Photo by Andrew Ainslie

This makes the lives of many of Uganda’s subsistence farmers that much more precarious. At the same time, the Lake Victoria Basin, and the stability of Uganda relative to some of its neighbours, has made the region a magnet for people looking to move to a place with more secure livelihood options. This means that future population pressures owing to in-migration into the region have the potential to amplify existing population and resource conflicts. 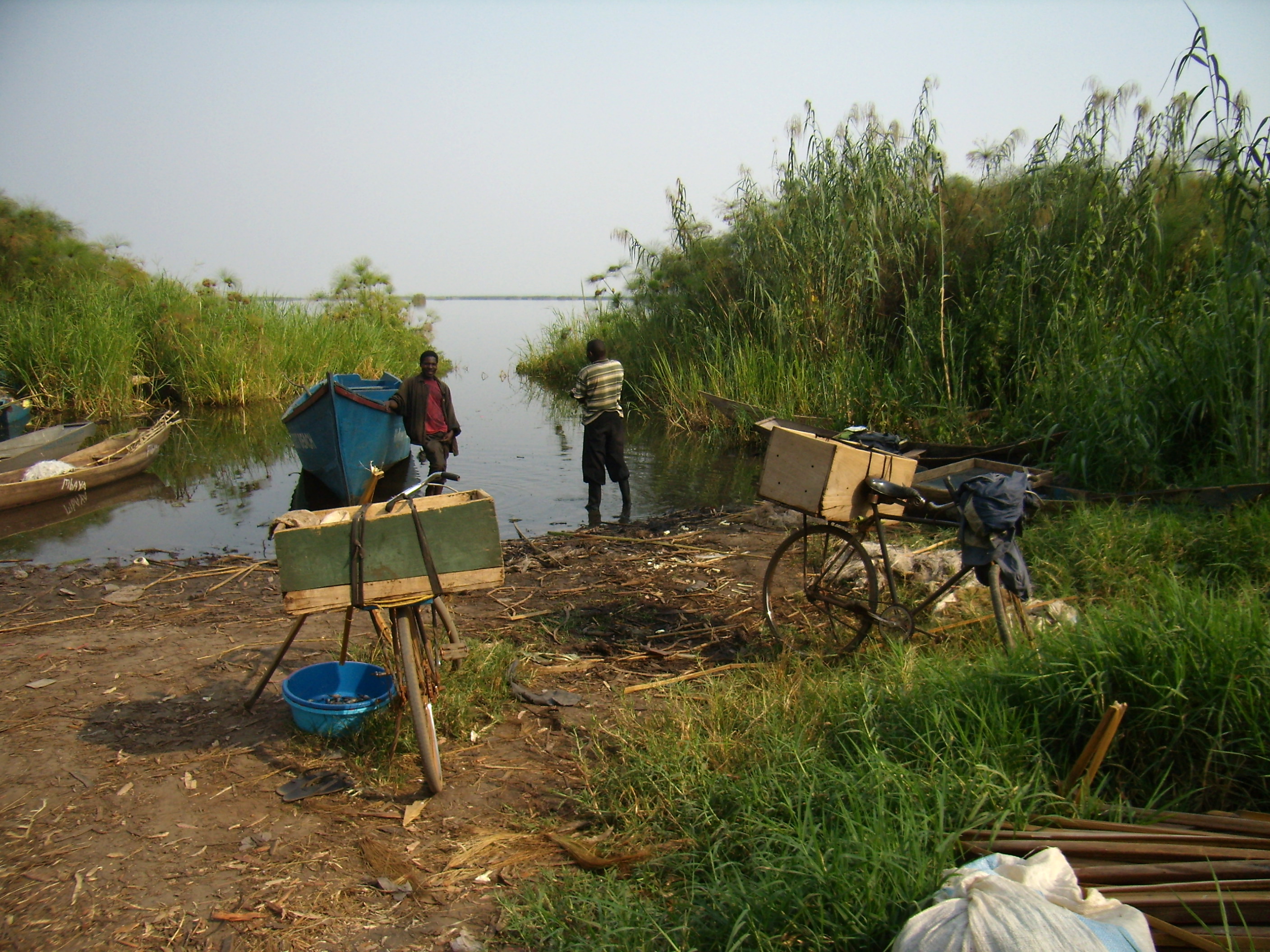 Conflict resolution at the front line of climate resilience?

When an environmental shock, like an extreme drought or damaging flooding hits relatively poor communities living in a country like Uganda, conflict is likely to erupt along the existing social, or political, or economic fault-lines, such as these relating to competition for land, or competition for the dwindling freshwater fish reserves of the great lakes.

Ainslie and his Uganda-based colleague Javiane Agenonga hope to contribute to the FCFA initiative in future, through bringing this kind of perspective to the process of distributing and ‘mainstreaming’ climate information in a way that policymakers can use effectively.

‘We need to know what the climate models are saying. But while that is critically important, it’s only part of the picture,’ he says. ‘We also need to look at what climate change means in the context of the politics of land, the population question, the pressure for development, and the longer-term vulnerability of the fisher-farmer communities in the Lake Victoria Basin.’

Viewing climate-linked vulnerability through this lens, Ainslie argues, could highlight how preemptive peacekeeping efforts might be part of an integrated a climate change resilience strategy for countries in East Africa.

The FCFA work covered in this story is part of the Integrating Hydro-Climate Science into Policy Decisions for Climate-Resilient Infrastructure and Livelihoods in East Africa (HyCRISTAL). It aims to develop a new understanding of climate change in East Africa and to work with the region’s decision-makers to manage water for a more climate-resilient future.