Thunderstorms are an important cog in the engine that drives weather and rainfall across most of Africa. Scientists have a good grasp of the physical mechanisms that drive the formation and movement of thunderstorms, such as daily temperatures changes, for instance, or differences between temperatures across a region, or the amount of moisture in the soil and air which allows clouds to form.

However, one of the challenges to producing both accurate short-term weather forecasts and predictions of extreme climate impacts in the future across Africa has been the fact that computer-based models have not been able to include thunderstorm formation in their computing processes. This is changing, though, following a four-year collaboration between climate modelers and other scientists in Africa, the United Kingdom, and Europe. They have developed a model that allows them to include thunderstorm formation in its processes and then apply this to their target regions in sub-Saharan Africa.

Researchers working with IMPALA are wrapping up a cross-disciplinary, multi-institutional collaboration through which they have developed a model called CP4-Africa. This is a fine-grained climate model which better catches the details of air currents driving rainfall and storm activity, leading to improved representations of total rainfall amounts and critically, high-impact extreme rain events, than previous models have been capable of.

The model zooms in on a tight geographic grid of 4,5km by 4,5km, allowing for much more local-scale information on the timing and intensity of extreme events, particularly rainfall, in long term climate projections. The model has already been applied along with traditional climate model projections in several regions in sub-Saharan Africa. The aim is to produce climate information that will assist policy makers with accessible and useful information that can support governments in making more climate-sensitive planning and decisions.   Part of the output from the various regional collaborations in the sub-continent using this model have been to produce a series of climate risk ‘narratives’ which present a few possible future climate scenarios. The narratives then summarise what the implications are in each scenario, along with the likely risks, and offer brief, accessible adaptation options. 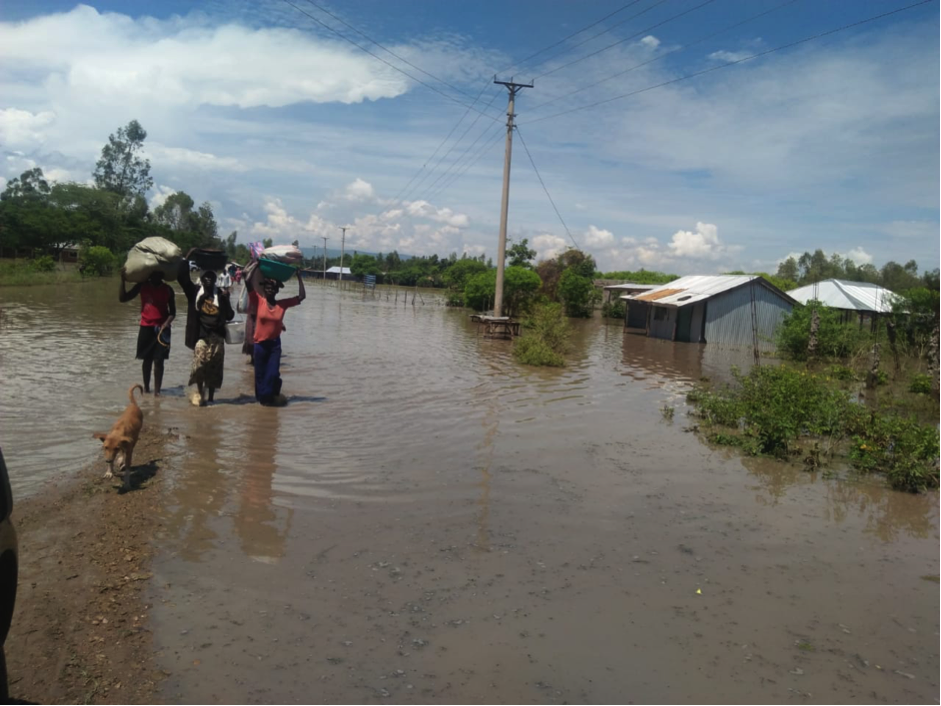 With Africa’s cities growing fast, and municipalities struggling to keep up with service delivery and the many other development challenges that come with informal urban settlements, the question of flooding in cities is central to effective local government management.

Using the CP4-Africa model, FCFA’s urban WASH team — which looks at water, sanitation, and hygiene issues — has worked with many sub-Saharan Africa cities to assist with climate-sensitive WASH planning.

In West Africa, researchers collaborated with city officials and hydrological risk managers in Ouagadougou, the capital of Burkina Faso, to draw up storm and urban flooding maps for the city.

Writing on the implications of this work recently, an IMPALA team of researchers headed by Catherine Senior, from the Understanding Climate Change unit at the UK’s Met Office, said that this collaboration could contribute to urban planning and the implementation of the storm water management master plan in Ouagadougou. Over the years, the WASH team and local officials have identified many interventions which the city must consider in order to resolve urban flooding, including how to align these needs with climate modeling and flooding preparedness.

Two important lessons emerge from this four-year collaboration between climate researchers and officials and technicians in Burkina Faso: the importance of global and regional convection systems on local-level hydrological systems, and how the simulations from this new model are able to show natural processes affecting monsoon storms at a scale that is useful for understanding the localised hydrological system. Tea is one of the most important export crops for Kenya and Malawi. Tea plantations have an economic life cycle of 100 years, meaning that today’s plantation management decisions need to be made with careful consideration for changes in temperature, rainfall and drought patterns, and extreme events such as heatwaves or floods.

FCFA’s East Africa team worked extensively with small scale farmers and tea research institutions in the region to better understand the climate sensitivity of tea bushes, and what temperature, rainfall, soil, and humidity conditions might limit their growth in future as the region’s climate shifts outside of historic norms.

Each tea growing region has its own unique topography and climate, the FCFA researchers note in their paper, that the process of working with local tea stakeholders, and running the CP4-Africa model to reflect the kind of climate shifts the region will experience in the next century, has helped produce ‘site-specific risk profiles’ for the tea estates in these different tea-growing regions.