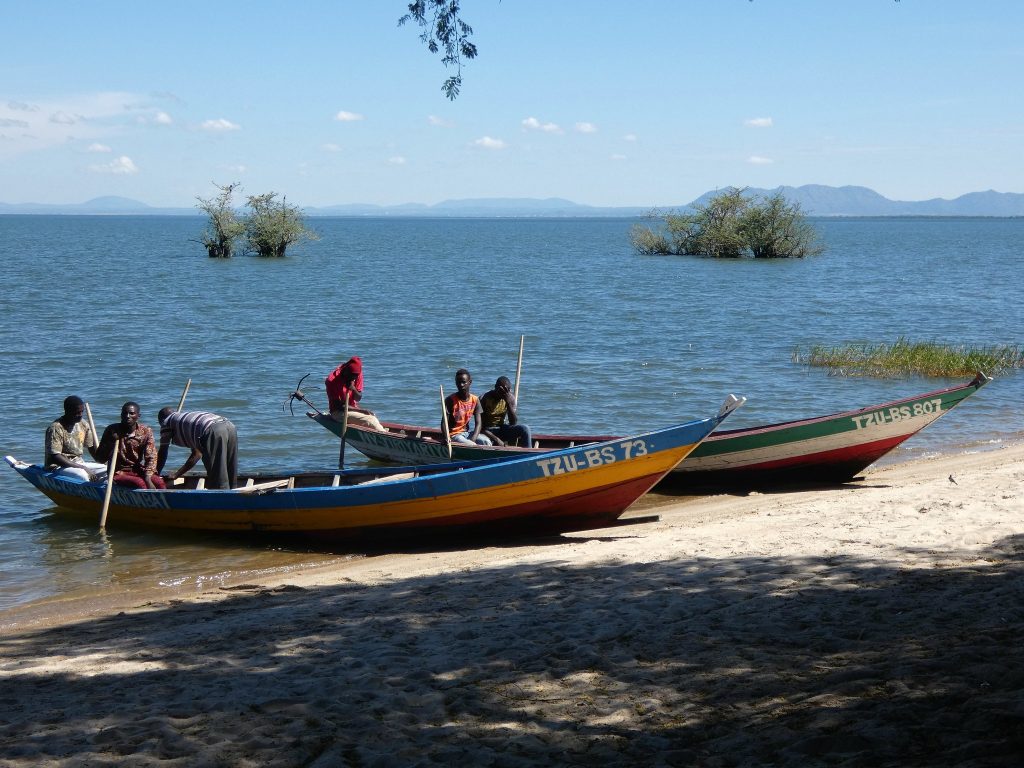 Since about a year ago, Edward Oremo, a fisher at Lake Victoria in Kenya, started receiving text messages from the Kenya Meteorological Department Services after six to twelve hours. The text messages inform the fishers of the projected weather in the Lake with instructions and precautions the fishermen should take.

“The message read – the Lake is projected to be stormy, you are advised not to go fishing tonight. Or, you are advised to carry extra fuel tonight,” explained Oremo, the Homabay Beach management unit manager.

Lake Victoria bordering Kenya, Tanzania, and Uganda, is the largest Lake in Africa and the Nile’s primary source. However, deadly, intense thunderstorms build upon the Lake at night as fishers go fishing. The International Red Cross estimates that between 3,000 and 5,000 fishers lose their lives in Lake Victoria’s violent storms every year.

“The storms are becoming unpredictable, and violent resulting in a loss of fishing gears and vessels, injuries, loss of lives, and reduced low fish catch. The Lake’s water levels have also risen.” says Oremo

It rains over land around Lake Victoria, mostly late in the afternoon and towards early night, but in the lake, it rains past midnight and early morning. These are times the fishers are fishing or arriving at the landing sites.

The 2019 Indian ocean dipole led to unprecedented flooding in the east of Africa hence rising water levels in Lake Victoria and all other rift valley lakes. Lake Victoria recorded the highest water level on record since records began as per the IGAD Climate Prediction & Applications Centre (ICPAC). ICPAC says the Indian ocean is warming faster than any other part of the ocean system.

John Marsham, a meteorologist with the University of Leeds in the UK who has extensively researched East and West Africa under the HyCRISTAL project, says overall, with climate change, the rainfall and storms are expected to intensify.

“As the air becomes warmer it can hold more water allowing extreme rainfall to increase. In addition, providing more energy to the storms resulting in more intense storms in a warmer climate,” explains Marsham.

The HyCRISTAL project implemented by Future Climate for Africa works with decision-makers in East Africa to develop a new understanding of climate change, its impacts on water, and how to manage water for a more climate-resilient future.

The earth has already warmed by one degree resulting in extreme weather across the globe, according to the 2018 landmark UN report on the science of 1.5C global warming. Marsham says it’s anticipated that the land adjacent to Lake Victoria will warm slightly faster than the Lake, changing air circulation speed between land and the Lake.

But he is quick to add that, there is no observation evidence yet on how this will affect the storms over the Lake, but overall, we expect storms over East Africa to intensify,” adds Marsham. For years, Lake Victoria lacked an effective early warning system to protect those who depend on it. Still, Kenya lacks a local monitoring system over the Lake and depends on Uganda and satellite monitoring from Nairobi, according to the Kisumu county department of Meteorological services, Paul Oloo.

“As the water rises we cannot tell how far the water levels have risen from the Kenyan side. Also, given some of the factors affecting the weather system in the Lake are generated due to small scale factors like the interaction of the Lake and the surrounding topography, we still need a radar somewhere near Kisumu to effectively monitor how the convective storms are generated” explains Oloo.

Oloo says this would enable Kenya Met Department (KMD) to warn fishers of an incoming danger within the shortest time possible. Access to this information was possible through a three-year (2017-2020) High Impact Weather Lake System project (HIGHWAY), increasing the use of weather information along the Lake Victoria Basin.

The HIGHWAY project brought together the National Meteorological and Hydrological Services of Kenya, Rwanda, Tanzania, Uganda, the UK and the US National Center for Atmospheric Research. Managed by the World Meteorological Organization (WMO) and funded by the UK Government’s Foreign Commonwealth and Development Office (FCDO).

But for now, Oremo says the fisher’s death and injuries in Kenya’s Lake Victoria have declined over the last year due to the weather alerts.

“It has helped us make better decision before going fishing. But even if deaths have reduced, we had a lot of damages at the landing sites due to the increased water level that is unprecedented. But the alerts now inform our action,” says Oremo.

This article was written by Sophie Mbugua.
Menu