The Greater Horn of Africa Climate Outlook Forum (GHACOF) is a well-established regional forum led by IGAD Climate Prediction and Applications Centre (ICPAC) that has been convening meetings between the user community and meteorologists for over two decades. At each meeting the seasonal prediction for that season is shared with users to allow production of appropriate actions for the coming rainy season.

Users attend from across sectors (Agriculture and Food Security, Livestock and Rangelands, Conflict Early Warning,  Disaster Risk Management (DRM), Water Resources, Energy and Health). These users are responsible for decisions across time-scales. Given the increasing urgency of integrating climate change into long-lived decisions, GHACOF provides an outstanding opportunity to create dialogue between the scientific community and users to inform both this decision-making and climate science. 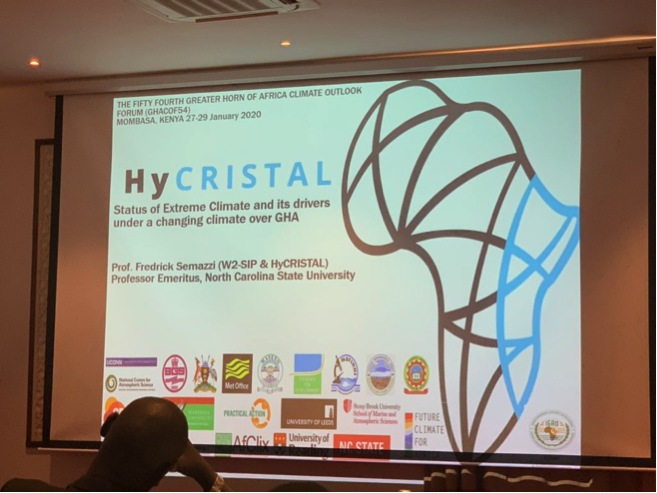 Members of the HyCRISTAL project (from Makerere University, North Carolina State University and Jomo Kenyatta University) are working with the Met Office & WISER to share HyCRISTAL’s lessons learned to date and facilitate a discussion on climate change informed decision-making. The HyCRISTAL project has two aims: generating a step-change in understanding of East African climate change (see summary so far) and demonstrating use of climate-change information in long-term (5 to 40 year) decision-making in East Africa. As part of its research, HyCRISTAL has produced climate change narratives for urban WASH & rural livelihoods. HyCRISTAL are sharing these with users at GHACOF54, and working with users to start dialogue on the time-lines of actions needed in response to the climate risks the region faces, addressing all the sectors represented at GHACOF, and their inter-dependencies. In particular, discussion will focus on what actions are needed now, in order to address threats that may still be decades away, and whether any uncertainty in these threats affects the actions required now. 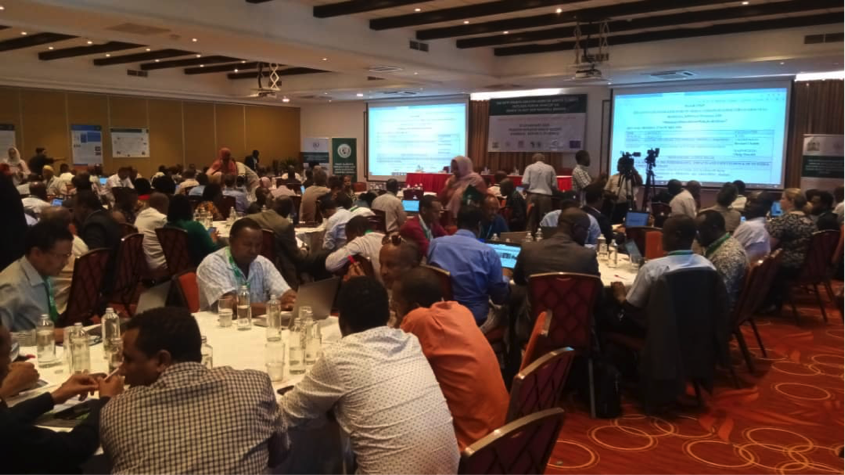 More updates from Day 1 of GHACOF54:

“Things are not as they used to be. The climate is changing, and we must adapt to the new normal by doing things differently. Our region in the past few years has seen several climate disasters. 2019, was a year of climate extremes” says Guleid Artan at #GHACOF54. pic.twitter.com/zq8FMnflvu


“Climate change is real. Floods, droughts, we have seen it. It has become a threat to food security and our forest cover.” says Kenyan parlamentarian at #GHACOF54. #ClimateChangeAct #Kenya pic.twitter.com/0MN9H58NXH

This article was written by HyCRISTAL Principal Investigator, John Marsham.